Ft Myers, FL (12-3-20; MedicalVeritas.org)—A world leading vaccine risk analyst, Dr. Leonard G. Horowitz, has filed a COVID-19 vaccine lawsuit in the United States District Court for the Middle District of Florida to oppose the FDA’s approval of Pfizer and Moderna vaccines until the companies, alleged to have falsely advertised safety, perform tests on the genetic impacts admittedly neglected by the companies.

Not actually “vaccines” in the traditional sense, but “genetic therapies” according to the companies, the court is asked to enjoin the government from approving and distributing the injections due to neglected genetic safety science and inadequate testing.

“Genetics (specified analyses) are not evaluated in this study,” the Pfizer Protocol admitted. The same is true for the Moderna vaccine.

Dr. Horowitz’s 84-page lawsuit holds Pfizer and Moderna vaccine advertisers and distributors accountable for false advertising of the vaccines’ safety under Florida’s unfair and deceptive trade act and whistleblower law. Eight claims are brought by the whistleblowing doctor and litigator who has asked the court for a number of “remedies” besides the injunction.

One of Horowitz’s remedies would require Defendants to supplement their COVID-19 vaccine trials to assess the risks of genetic alterations to human DNA and viral genes.

“The injunction should require Defendants to . . . assess the risks of genetic ‘reassortments’ of latent DNA and RNA tumor viruses in medically or immune compromised people,” the lawsuit pleads.

“The injunction should require the federal government to suspend its acquisition of the Defendants’ COVID-19 vaccines until such a time as the aforementioned safety concerns are studied and resolved by supplemental trials, the results of which are candidly published,” the doctor added. 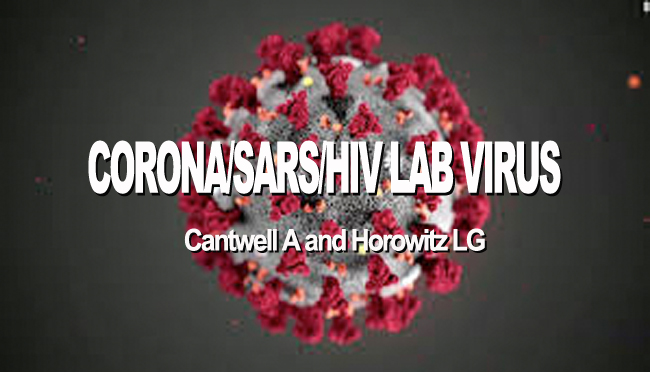 Dr. Horowitz’s complaint raises criminal concerns beyond consumer fraud by Pfizer, Moderna, their advertisers and distributors at Hearst Corp and Henry Schein, Inc. There is a broader financial and media enterprise involved.

The complaint reminds the court of Pfizer’s criminal fine of $2.3 billion—the largest health care fraud settlement in history for complicity in causing the opioid crisis.

Advertisements filed with the court proclaim safety of the mRNA vaccines without “reasonable justification.” This evidences “deceptive trade” according to the complaint.

The whistleblower argues that the Defendants “omitted material facts in advertisements implying safety had been ‘observed’ in these mRNA genetic studies whereas the official protocol stated: ‘No testing of the participant’s DNA will be performed’ (p. 52).”

“This neglect happened even though the virus’s ‘spike protein’ attachment mechanism was genetically reconfigured in the Pfizer and Moderna labs.

The alleged neglect of genetic safety studies occurred even though the therapeutic impact of the mRNA targets DNA production of spike protein antigens to induce antibody production demonstrating “DNA modulation and trickery,” the lawsuit explains.

Horowitz expressed most concern that, “Officials concealed the risk of Pfizer and Moderna’s genetic sequences recombining with other viruses in humans or the environment, increasing the risk and likelihood of additional ‘novel’ outbreaks and disastrous pandemics.” 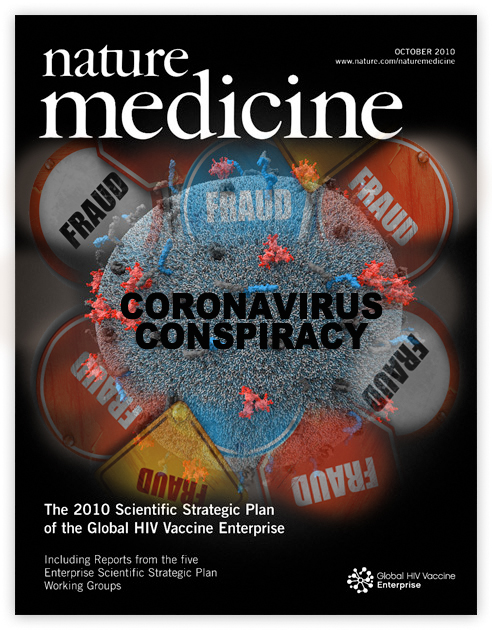 The complaint alleges that COVID-19 virus’s hyper-transmissibility sourced from the “spike protein” that contains four gene sequences from the AIDS virus, HIV-1. 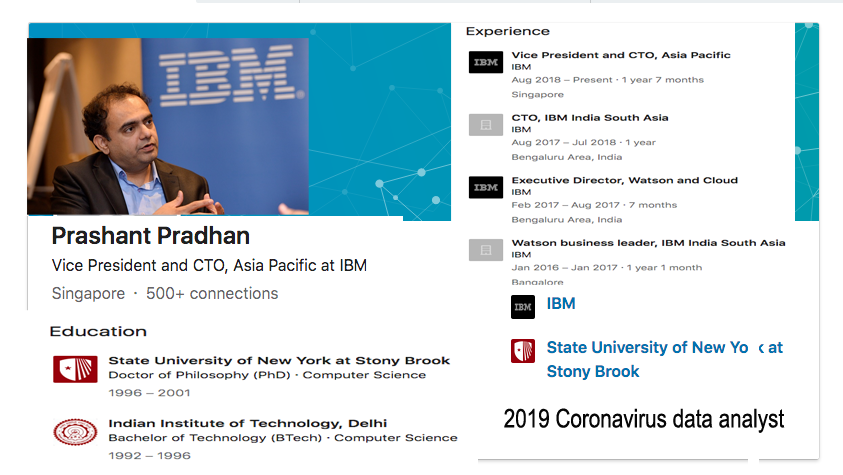 Among several facts supporting Horowitz’s claim of “civil conspiracy,” another group of researchers led by Xiao Li, a structural virologist at the University of Texas, El Paso, smeared Pradhan’s science paper and confused the facts.

But, Li et. al.’s publication came with gross conflicting interests that the authors concealed, much like the safety risks of the mRNA injections, Horowitz informed the court.

This is best explained by Pfizer’s long history of financing Xiao’s University of Texas and cancer virus studies conducted there. These included researching enzymes active in cancer induction versus genetic repair.

“In fact, material to COVID-19 mRNA vaccines and the HIV-1/cancer link,” the lawsuit reveals, “Pfizer financed the isolation and mass production of the first breast cancer virus called the Mason-Pfizer Monkey virus.”

In 2014-15 ‘gain-of-flu’ studies advanced there under the direction of virologist Ralph Baric came to light. That research was shut down due to severe outbreak risks, NPR reported in 2014.

UNC was the very school that Dr. Horowitz discovered the never-declassified government reports evidencing the lab creation of HIV/AIDS and Ebola-like viruses during the late 1960s and early 70s. Those contracts Horowitz re-published named the grants, labs, doctors and technicians involved in developing the ‘gain-of-function’ cancer viruses, presumably sourcing AIDS and Ebola the science scholar concluded.

“The goal of that [2014-15 UNC coronavirus engineering] work,” NPR explained, “was to see whether this bird flu virus [that kills more than 60% of the people it infects] might mutate in the wild and start a pandemic in people.”

Critics were aghast. What if this lab-made superflu escaped?

Five years later, supposedly in Wuhan, China, it did. 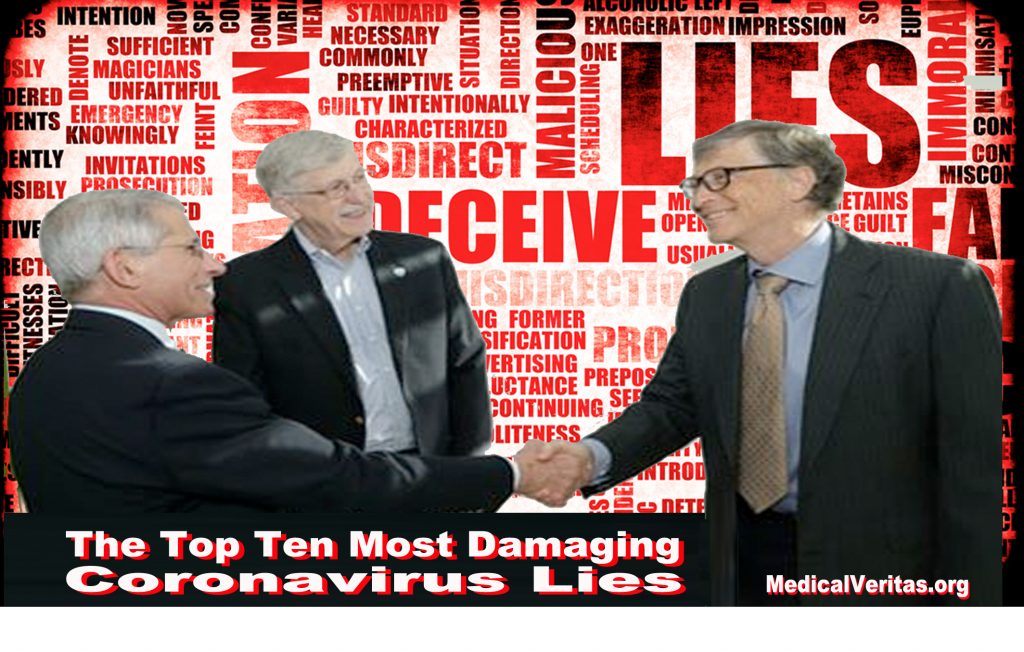 Dr. Anthony Fauci is cited in the complaint as “A Prime Example” of the “Defendants’ Failure to Disclose Material Connections with Endorsers.”

Fauci is identified in multiple advertisement as a leading governmental endorser of Pfizer and Moderna vaccines, claiming the new vaccines were adequately proving safe.

But years earlier, in 2012, two years before the federal government’s moratorium on risky ‘gain of function’ coronavirus studies that were ongoing at the UNC, Dr. Fauci expressed reasonable concern. He appeared to encourage a ‘voluntarily’ shut down of the UNC lab in 2014 in support of the ‘moratorium.’

Writing in the journal of the American Society for Microbiology, Fauci announced, “The voluntary moratorium on gain-of-function research related to the transmissibility of highly pathogenic H5N1 influenza virus should continue, pending the resolution of critical policy questions concerning the rationale for performing such experiments and how best to report their results. . . .”

Unfortunately, “critical policy questions” were never adequately answered, and “how best to report their results” succumbed to censorship.

Fauci then circumvented the issues in favor of his involvement in the COVID-19 disease enterprise that includes his personal financial interests in related patents.

Quoting the complaint, “Dr. Fauci on WebMD stated his confidence that the Pfizer vaccine would reach the ‘required safety milestone’ which is a bar that Fauci knew was set so low that it neglected ‘Genetics (specified analyses)’ ‘not evaluated in this study,’ according to the trial Protocol that Fauci undoubtedly was required to read prior to making that statement. . . . 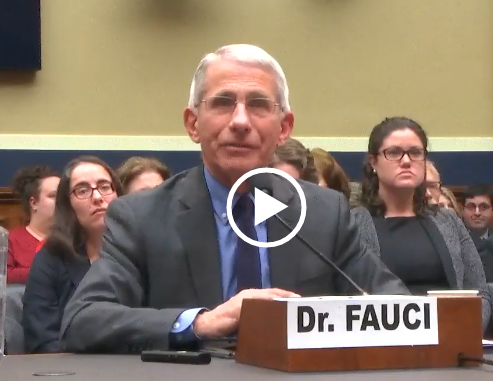 “Dr. Fauci is also a co-patent holder on technology that may very well be used by Moderna that is in the business of manufacturing mono-clonal antibodies, and vaccines that target cells to produce those antibodies.” These technologies “may be used to fight HIV/AIDS and COVID-19,” the complaint states.

“Moreover, although Dr. Fauci denies or conceals these facts, he is well-aware that the COVID-19 virus is widely recognized in the scientific community as being a ‘lab virus’ recombinant, (what Dr. Fauci has called a ‘reassortment’) that is highly transmissible because it contains four (4) genes from the AIDS virus that comprise a large part of the attachment protein called the ‘spike protein’ or ‘S protein.’”

That spike protein is the “gain-of-function” component to the mutant’s assembly, Horowitz evidences.

The complaint further states, “Much like Dr. Fauci concealed his conflicting commercial interests as a co-patent holder in this technology, he has similarly concealed the COVID-19 virus and disease’s relationship to HIV/AIDS science.”

This is “foundational to Pfizer and Moderna’s mRNA vaccines that target immune cells using the same or similar ‘spike protein’ comprised substantially of HIV-1 genes.” 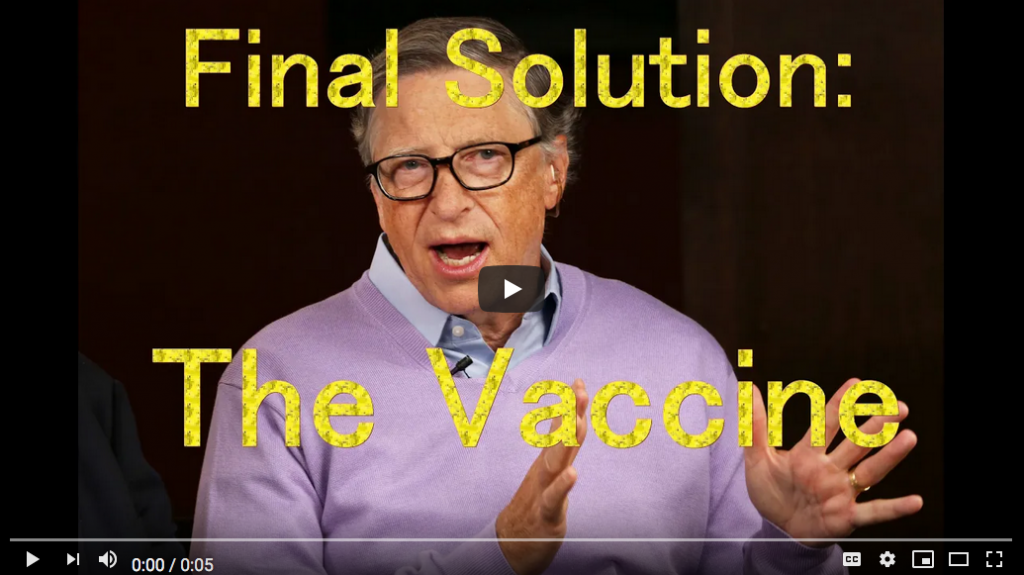 On-or-about November 18, 2020, it was discovered that the Bill & Melinda Gates Foundation and National Institutes of Health financed the EcoHealth Alliance that orchestrated a contrived statement by 27 prominent scientists condemning “conspiracy theories” that asserted the COVID-19 virus was not natural, as Pradhan’s group concluded.

E-mails obtained by whistleblowers, however, showed that EcoHealth Alliance’s President, Peter Daszak, drafted The Lancet statement to conceal the actual conspiracy administered by industry leaders hiding the laboratory engineering of HIV/AIDS and the SARS-Coronavirus/HIV gain-of-function lab-recombinant.

These facts corroborate Horowitz’s civil conspiracy claim against the co-Defendants. The Lancet fraud further evidences the criminal complicity committed by agents and agencies within the Pfizer/Moderna pharmaceutical enterprise that also targets “anti-vaxxers” and “vaccine hesitant” persons and groups, the complaint reveals.

The Defrauding of People Worldwide

Horowitz’s lawsuit claims that Pfizer and Moderna fraudulently concealed their complicity in a “civil conspiracy” defrauding citizens and governments worldwide, including the United States Government, to gain the companies’ pre-sale of COVID-19 “genetic therapies.”

Given Pfizer’s criminal history and complicity in the profitable and deadly “opioid crisis,” Horowitz’s COVID-19 lab origin accusation is reasonable and well-evidenced.

At minimum, Pfizer’s defense hinges on refuting, censoring, or evading science such as what Pradhan’s group published.

Regardless, the facts evidence the huge risk of lab virus experiments gone awry, or potentially going awry without the court enjoining the FDA’s certification process.

The Whistleblower and His Claims

Dr. Horowitz is a Harvard-trained Editor-in-Chief of MedicalVeritas.org. He is also a registered “Criminal Justice Act (CJA) Expert” investigator in medical/legal proceedings.

According to Amazon.com and Wikipedia, the doctor’s book, Emerging Viruses: AIDS & Ebola—Nature, Accident or Intentional?, has been the “top-seller in the field of AIDS and second in the fields of infectious disease & communicable disease” for the past quarter century.

Scientific reports comparing HIV/AIDS genes to those in the COVID-19 virus’s “spike protein” raised the whistleblower’s concern and prompted his investigation of the companies’ safety testing procedure.

The doctor/whistleblower’s lawsuit includes five claims in addition to three for unfair and deceptive trade.

The complaint also advocates for consumer health and safety, as well as the doctor’s own interests as a health science entrepreneur. His employment by Henry Schein, Inc., and Schein’s participation in the “Event 201” coronavirus pandemic “exercise” in October, 2019, gave Horowitz standing to bring this lawsuit on his and the public’s behalf.

Horowitz’s claims against Hearst for unfair competition and “tortious interference with prospective economic advantage” concern the suppression of Horowitz’s “OxySilverTM with 528”–a vaccine and antibiotic alternative for people who can’t or won’t consume drugs or vaccines for medical or religious reasons.

The complaint additionally advocates for bringing alternative medicines called “anti-oxidants” to market that have been ignored or suppressed by the Defendants’ monopolistic enterprise.

In a final request, the court is asked to order the defendants to pay for a mass public education campaign encouraging natural anti-oxidants for boosting life-saving immunity against COVID-19 and other illnesses.

A copy of the full complaint is available HERE to be shared with everyone concerned.

ATTENTION READERS: The following link is provided for you to submit your comments and concerns to the FDA pursuant to the Pfizer and Moderna vaccine certification process. Below the link is a screenshot of Dr. Horowitz’s opposition submission.

Furthermore, communities nationwide, including schools and workplaces, religious groups, public service organizations and more will need to provide education to their members regarding the risks versus benefits of taking COVID-19 vaccines.

Dr. Horowitz, the author of the civil complaint against Pfizer and Moderna, is available to help. He can be scheduled for online video-conferencing via Zoom or Skype to educate audiences or debate public health officials who advocate getting vaccinated. Please schedule these events for the benefit of citizens who are required to make life and death decisions with “informed consent.”

Kindly contact Dr. Horowitz to schedule his educational service by e-mailing your request to: Editor@MedicalVeritas.org.

Dr. Horowitz’s most recent advisories regarding “forced” COVID-19 vaccinations for employment or as moved by your state are available elsewhere on this website under the “Medical/Legal” tab above.

E-mail your comments and concerns to the FDA at: 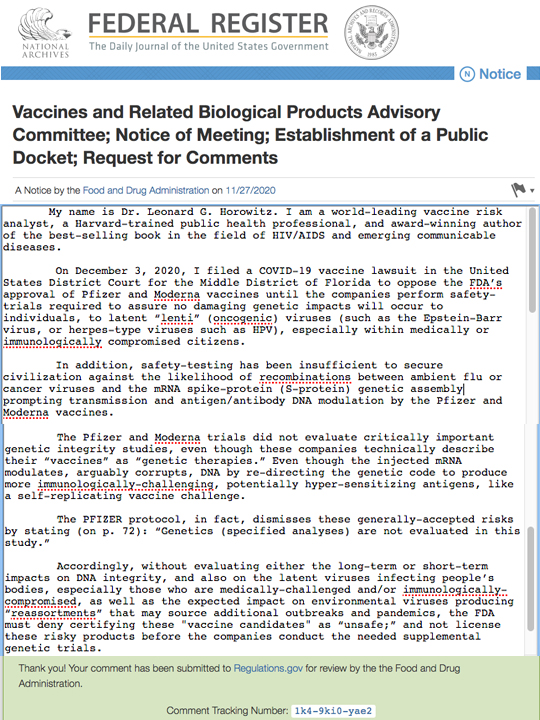 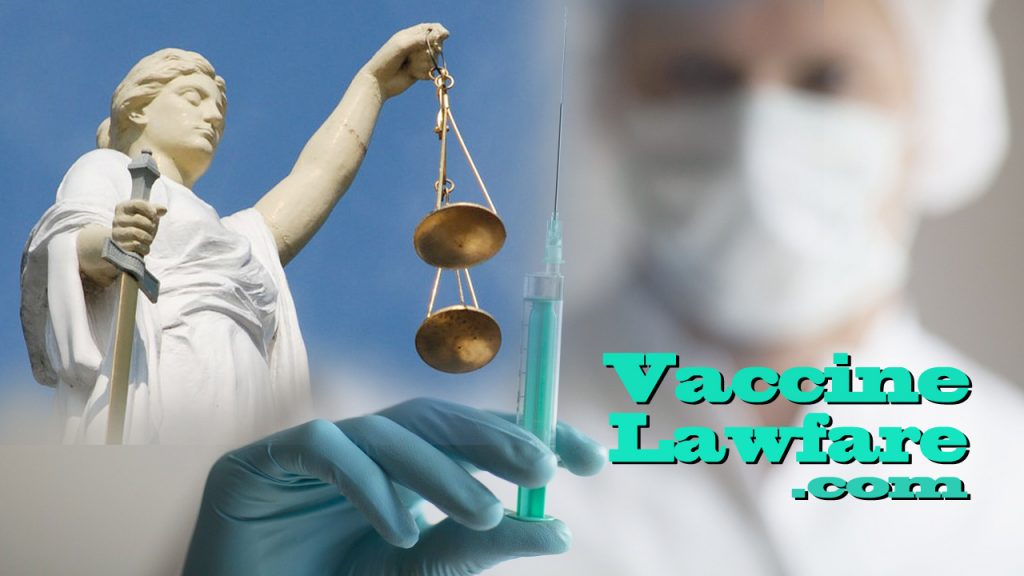 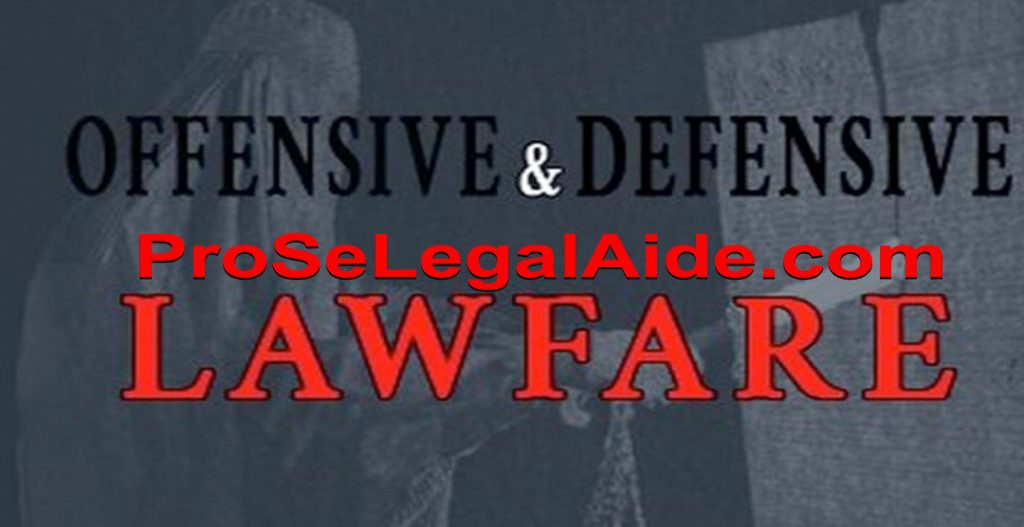 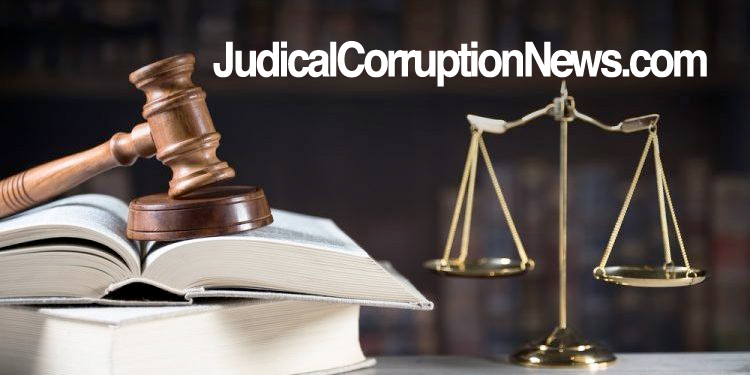 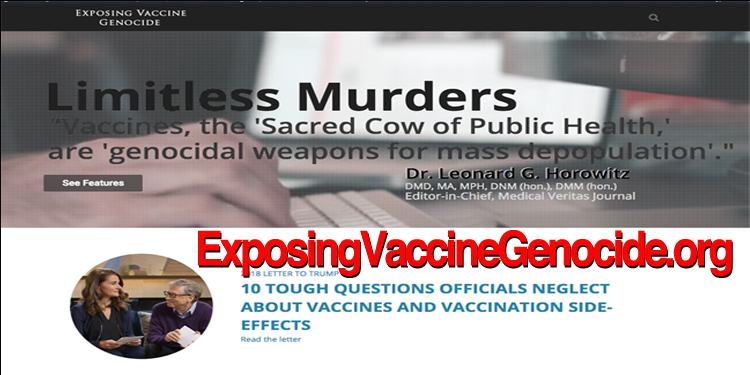