Home What’s In Your Weed?

What’s In Your Weed? 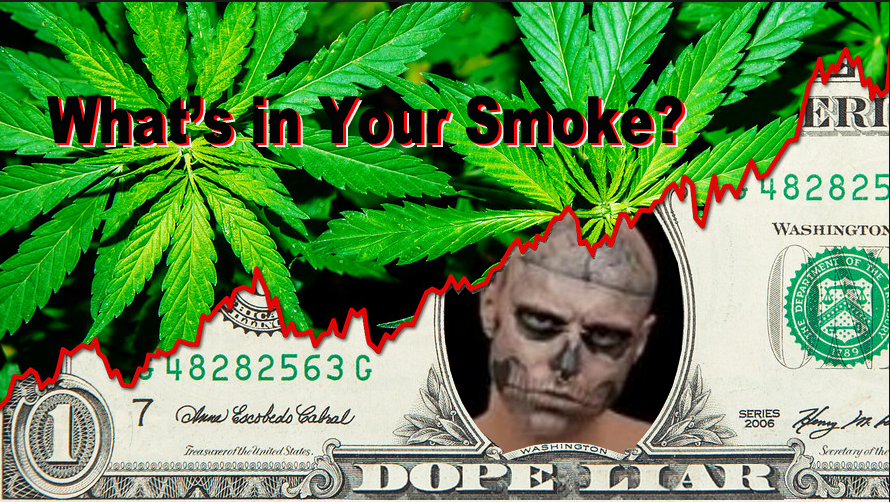 Cannabis Ingredients: What’s In Your Weed?

In 1978, as a dentist and public health researcher, I co-authored with oral surgeon, Robert Nersasian, a peer-reviewed scientific article published in the Journal of the American Dental Association titled, “A review of marijuana in relation to stress-response mechanisms in the dental patient.” In that scientific literature review we concluded that patients who pre-medicated themselves with cannabis prior to receiving general or local anesthesia placed themselves at risk of possible heart attacks because, “marijuana is vasoactive, cardiotropic, steroidogenic, and sympathomimetic, and thus could complicate the treatment” of dental and medical patients.

Since that time, marijuana use has skyrocketed, and different strains have been engineered containing varying amounts of chemical ingredients that expand reasonable concerns for the health and safety of consumers who remain clueless about such risks. The impact of certain chemical ingredients in marijuana, aside from possible cross reactions with other drugs, is generally unknown to users who simply experience the ups or downs of getting “high.”

Likewise, the marketers of marijuana, those who brand certain names, labeling some “sativa” versus “indica,” are generally ignorant about what each brand actually contains. And these labels are very often misleading. Consumers don’t often get what they expect, and often times are disappointed by the effects of their intoxication. For instance, those who want to get “buzzed” or “high” often get tired, become sedated, lethargic, and fall asleep.

Now Amos Elberg, the Lead Data Scientist for Confident Cannabis, is “Bringing Transparency to the Cannabis Industry” by inventing a research tool that enables users to correlate high or low experiences with the actual chemical ingredients in each marijuana product causing the desired or undesired effects. The online software is called “Contact,” and is free for everyone to use.

But who is actually going to use of this valuable tool?  Not likely a lot of people, because it takes intelligence, motivation, and a bit of discipline to do this research; to exercise this enlightening capability. Intelligence, discipline, and motivation is rare these days, and getting scarcer with every puff of indica-laced weed, according to initial studies that are being disparaged by cannabis entrepreneurs. And it seems that sativa, that tends to enliven imagination and social activity, is far less available than the myriad stuporific brands of indica.

As you will learn by viewing this video presentation by Brad Bogus, the Vice President of Growth and Marketing for Confident Cannabis, and Amos Elberg who pioneered this service, the “universe” of marketed cannabis has been severely restricted. The actual universe extends far beyond what dispensaries currently commercialize.

Is this commercial restriction part of the “conspiracy” by Big Pharma to control the exploding cannabis industry to accommodate the zombification (i.e., dumbing-down) of the population to aid-and-abet the disease industry and depopulation? Could be. What do you think?

My critics, who include Big Pharma’s leading prostitutes, “skeptics” they call themselves, who disparage me for being “merely a dentist,” forget medical history. It was a dentist that pioneered the field of anesthesiology. Anyone interested in pain control?

Dr. Leonard Horowitz, D.M.D., M.A., M.P.H., D.N.M. (hon.), D.M.M. (hon.), is the author of twenty-two books, including the prophetically titled Death In The Air: Globalism,Terrorism and Toxic Warfare that came out three months before 9-11-01. That book deals with biological and energy weapons being used for population control. His three American best-sellers include: Emerging Viruses: AIDS & Ebola–Nature, Accident or Intentional? that was largely responsible for prompting explosive interest in vaccination risks and biological warfare; Healing Codes for the Biological Apocalypse, that revealed the ancient Solfeggio musical scale secreted for millennia; and Healing Celebrations: Miraculous Recoveries Through Ancient Scripture, Natural Medicine and Modern Science in which Dr. Horowitz presents his protocol for administering prevention and speedy recoveries. His most recent text, The Book of 528: Prosperity Key of LOVE, has prompted a revolution in the music industry improving recording artistry and music therapy with the use of C=528Hz(A=444Hz) tuning that produces “medicinal music.” Dr. Horowitz’s documentary, UN-VAXXED: A Docu-commentary for Robert De Niro won five international awards, including “Best Film – 2016” in London and Geneva competitions. Dr. Horowitz also pioneered the homeopathic dilution of pure CBD combined with traditional flower essences to produce CBD528–a “homeo-alchemy” product that reduces or eliminates the need for dangerous and deadly opioids.

Dr. Horowitz also pioneered the use of the original Solfeggio musical scale and nine “Perfect Circle of SoundTM” pure tones for therapeutic uses. His music album, Solfeggio Eclectica, and multi-media therapy program available on video, is available through CureShoppe.com. 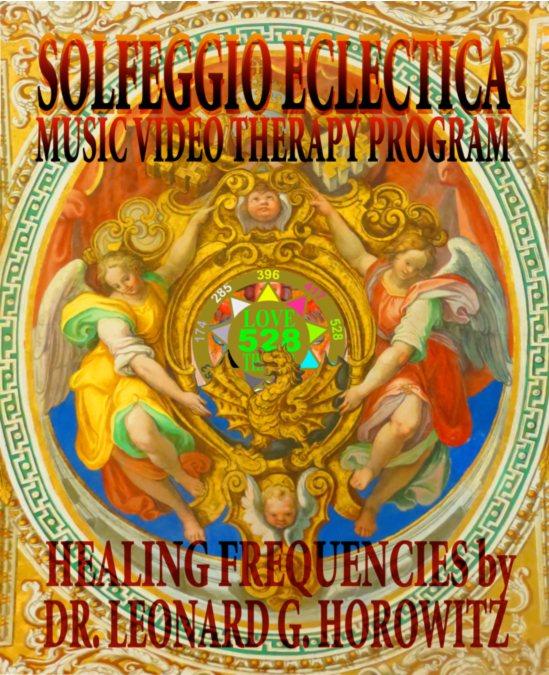