Commentary on the “Jew World Order” 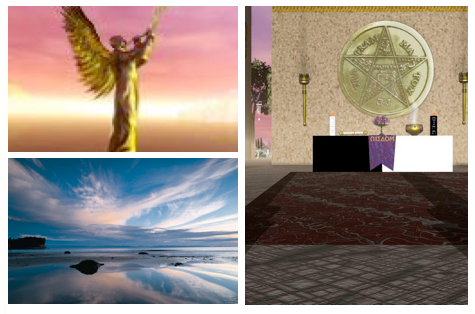 Small words can have large meanings and make huge differences in life.

Take, for example, the phrase “Jew World Order”–three words battered about by the unenlightened who blame genocidal geopolitics on people who wear yamakas.

The Messiaic Age predicts a global transcendence of divisive issues imparting enduring fellowship among a remnant of enlightened, loving, and joyous people.

In contrast, the Anglo-American “War on Terrorism,”  contemporary politics, and global economics reflects the rise of the Fourth Reich, in my humble opinion, more than the evolution of a “Jew World Order.”

Who calls themselves Jews who are not?

Could those who call themselves Jews who are not be facilitating the bitterness in this phrase “Jew World Order?”

Obviously, it no longer serves Jewish scholars and leaders to neglect these questions and this divisive troubling subject. The phrase “Jew World Order” has profound geopolitical implications based on Torah teachings:

What if the global oligarchy—the Anglo-American ruling elite that direct geopolitics and economics like a Monopoly game, that is, Earth’s reigning shadow-governors, were neither Jews, Christians, or Muslims but aliens in disguise—unloving, not humanly caring, extraterrestrials as adequately described in the Torah?

Remember the Nephalim in Genesis 6:4? Scholarly consensus holds these were fallen angels; the Herculian’s, or lessor gods. This is the only rational explanation why the Old Testament is filled with stories wherein entire nations and populations were targeted for extermination by our loving and joy-filled Creator.

Consider the fall from grace due to a reptilian seduction in the Garden of Eden. The serpent told Eve to sin. He showed her the apple. So why didn’t the first couple cover their ears and eyes in shame rather than their genitalia? This apparent fornication with the devil helps explain the wrathful ideologically genocidal God of the Old Testament.

What if Eve was impregnated with the seed of something alien to you and me? What if they looked like we do, but were of a foreign ilk. Serial killers are commonly perceived as quiet normal neighbors even though their neurology is switched. What brings most people pleasure gives them pain. What most people perceive as painful—murder, rape and torture—they do with pleasure.

Reptiles do not have delicate flesh. They have scales and thick hides. They do not have human blood. The are cold-blooded carriers of different hemoglobin and genetic material.

After the flood, these mutant embodiments of Divinely-decried evil, the nemesis of YHWH and humanity, were not eradicated according to Genesis 6:4. These alien bloodlines apparently mated with the people of nations targeted for destruction by the Israelites by our Creator’s command.

These non-human bloodlines are not kosher flesh and blood. In the Torah, they threatened us, our Creator’s chosen seed, the children of Abrahan, Isaac and Jacob that evolved into the embattled Twelve Tribes of Israel. The reptilians and/or Nephilim, challenged the Old and New World Order.

So this “Jew World Order” may not have anything to do with real Jewish people, the Hebrew orthodoxy, or even Zionism. It may have everything to do with an alien, extraterrestrial attack, on the Creator’s human experiment.

Those fueling “Jew World Order” propaganda are either part of the rising Fourth Reich or ignorant about its historic and spiritual roots. It is not against flesh and blood with whom we do battle!

Currently controlling the planet’s military–medical–petrochemical–pharmaceutical cartel are leaders who have no love or allegiance for the sons and daughters of Abraham, Isaac, or Jacob. Lust for power and greed inadequately explains the current omnicide—the manipulation and destruction of everything good, natural and Godly. Their behavior is alien to the values humanity holds dear. They are most likely geniologically alien as well. An alien breed, callous to all species’ suffering and dying, cold-blooded killers, currently control geopolitics and global economics.

Israelites are commanded by the Creator to resist this “seed of Beliel;” exterminate these unholy forms. Wisdom holds that the enemy of your enemy should be your ally. Contrary to what is common practice, Jewish people should celebrate Jesus-loving Christians, and yes, according to this analysis of Torah, the Muslim people as well. World leaders of the “great religions” must do more to encourage unity and alliance in the greatest global challenge and opportunity in history.

Western religions all consider Satan, and his allies, the enemy of the Great I AM. The Father of flesh and blood now wants His Kingdom restored on Earth as it is in Heaven. He is increasingly blessing His chassidim with prosperity, love, and joy according to his contracts (i.e., covenants). He now commands you and I to prepare our hearts and temples to bring shalom (peace) to our closed hearts and restless minds. I’d love to see a “Jew World Order: that celebrates peace, humanity’s unification and spiritual evolution. This is the promise of the Messianic Age.

Dr. Leonard G. Horowitz (DMD, MA, MPH, DNM, DMM) is an internationally known authority in public health, emerging diseases, and natural healing. Author of more than sixteen books, he is globally known as the most outspoken critic of the genocide he ascribes to the “military-medical-petrochemical-pharmaceutical cartel.”