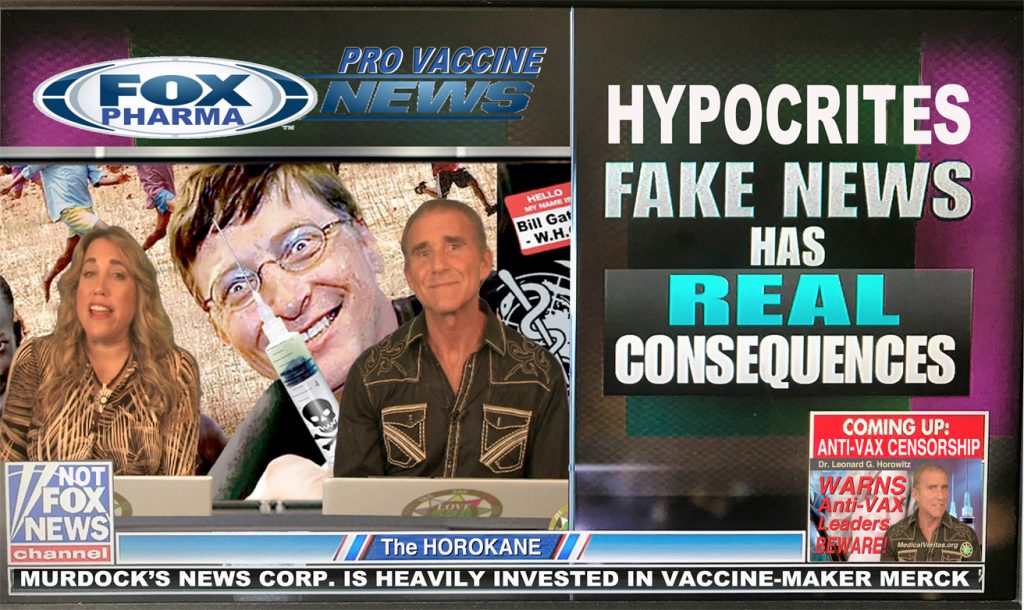 Why “We Are All in This Together”

“General agreement” on the benefit of vaccinations for society must exist for officials and courts to force vaccinations, in this case for COVID-19, upon people who are “vaccine hesitant.”

At the time of this writing more than 60% of citizens in many communities won’t submit to mandatory vaccinations or “contact-tracing”. Polls reporting the percentage of people unwilling to submit to mandatory mask-wearing are just as lopsided, with trends following political preferences. More Democrats favor these mandates. 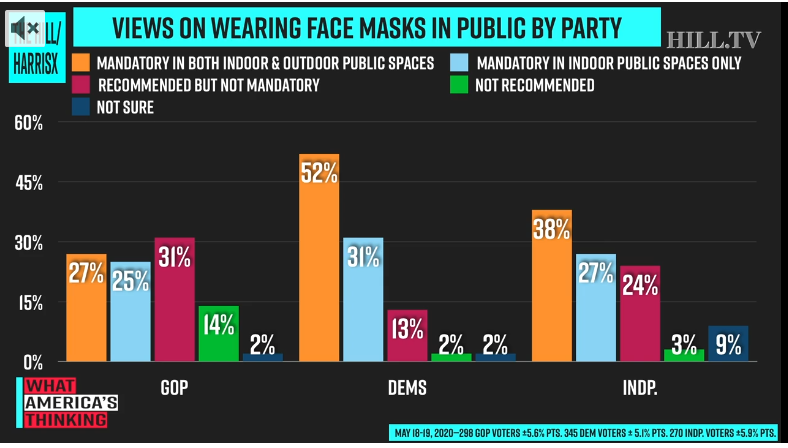 But that’s not what the corporate-controlled propagandist media wants you to think.

Because forced ‘public health’ measures by law require “general agreement” regarding the benefits of the impositions. 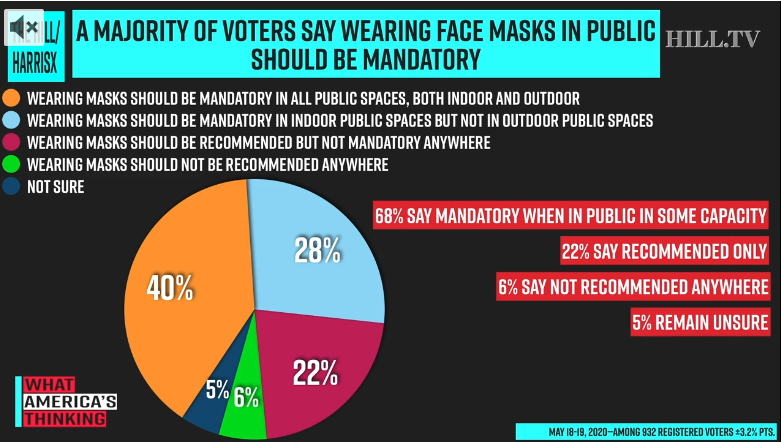 As you can tell by the Trump administration’s court battles over the “stolen election,” where ‘the-rubber-meets-the-road’ is in courts of law. The same is true for forced vaccinations and social impositions such as contact-tracing and mask-wearing.

On December 3, 2020, I filed a lawsuit in federal court to block the FDA’s approval of the Pfizer and Moderna mRNA “genetic therapies” falsely advertised as “vaccines.” I didn’t file this because I believe I would win. I filed it to protect you, your brain, health and safety, because that is my ‘public duty’.

As nearly everyone expects, when the FDA approves the Pfizer and Moderna misrepresented and negligently-tested “genetic therapies,” where the-rubber-meets-the-road is in our “collective consciousness.” That is, our ‘group-mindset’—the reason the media chose the phrase to promote, “We Are All in This Together.” That precise phrase was selected to condition this mind-set–mass persuasion to socially-engineer compliance with totalitarian impositions.

During the history of the U.S. Central Intelligence Agency (“CIA”) covert operations, this kind of mass persuasion reflects the “MK-ULTRA” mind-control program.

Mind-control produces what is called “general agreement,” “general-acceptance,” or “general consensus.” This general agreement is required, by law, to justify courts of law to rule in favor of imposed vaccinations and more.

The Legal Importance of “General Acceptance”

In vaccination law used to advance “immunization mandates,”  “general agreement” about the benefits of vaccines presumes that efficacy and safety is “generally accepted.” Actual science is not necessary. The vaccines to not need to be sufficiently proven without question. The “SAFETY” of “mandated vaccines” is presumed to be in the “public interest” according to general acceptance.

The “compelling interest” of society is presumed to justify forced vaccinations. This is the “bar” or burden officials and Big Pharma lawyers have thus far operated under. Anyone opposing this would need to exceed this “bar” to meet the burden of overturning vaccination mandates in order to resist submission to forced blood intoxications.

In addition, “general agreement” holds that the “compelling interest” in public health requires “herd immunity”. Although this presumption is seriously flawed as I argue below, it is the deciding factor.

The original landmark case of Jacobsen v. Massachusetts established this precedent now being challenged in courts of law across America. The infamous Constitutional attorney Alan Dershowitz debated Robert F. Kennedy, Jr. on this issue, a dialogue I critically analyzed here.

Why Sharing this Information is so Important

This is why SHARING THIS INFORMATION IS SO IMPORTANT. Saving-people’s lives depends on it. Saving even civilization from advancing injected artificial intelligence (AI)—the biotechnologies advertised to be injected via vaccinations–requires the collective consciousness to establish the compelling social interest to say “NO.”

You likely noticed that the polls preceding the Trump usurpation were as “rigged” as the election. That was done to influence behavior, and control the outcome. The same is true for forced vaccinations. Fake polls have been increasingly published to establish the lie—that the majority of people favor getting vaccinated for COVID-19. That is, the “general agreement” of the “herd” believes that these vaccines are good, safe and effective, and worthy of trusting governors and Big Pharma’s criminals with your life.

Take, for example the poll published by STAT-Harris in October, 2020, depicted in the graphs below. “The share of Americans interested in getting COVID-19 vaccine as soon as possible is dropping,” this pro-Pharma propaganda warned. 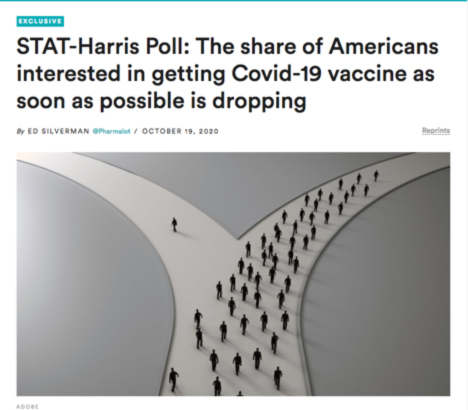 Between August and October 2020, the number of people “likely to get vaccinated” with a COVID-19 vaccine dropped dramatically after Democrats objected to the Trump administration’s handling of the pandemic response. Black Americans especially voiced concern. “Only 43% of Black individuals said they would pursue a vaccine as soon as it was available, a sharp drop from 65% in mid-August,” the pro-Pharma article reported. That “emergency” reflecting “Black consciousness,” the “general agreement” or “general consensus” among Blacks, prompted the pro-Pharma mass media to heavily target Blacks so that they can be forced (like Whites) to get vaccinated retain or gain privileges, such as being able to fly on an airplane or gain employment. 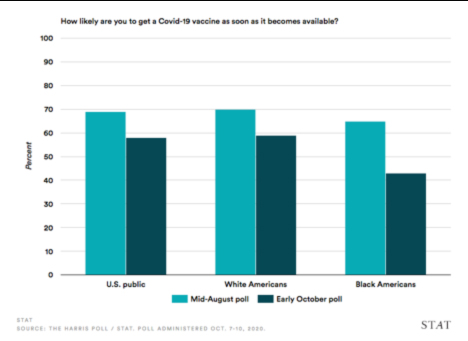 You may recall that the First Amendment to the Constitution guarantees “Freedom of Religion.” You may also recall that in Jacobsen v. Massachusetts, minister Jacobsen was forced by the “general agreement” that vaccines are good to either pay a $5 fine to abstain, or otherwise submit. Now however, in 2020, the U.S. Supreme Court has recognized the “compelling interest” of Governor Cuomo is insufficient to overrule religious gathering rights.

Comparing Jacobsen and Roman, where the-rubber-meets-the-road in this discussion, pursuant to widespread public acceptance of vaccinations as “safe and effective” for “immunizations,” the Supreme Court in Jacobson held:

“A common belief, like common knowledge, does not require evidence to establish its existence, but may be acted upon without proof by the legislature and the courts. . . .

“The fact that the belief is not universal is not controlling, for there is scarcely any belief that is accepted by everyone. The possibility that the belief may be wrong, and that science may yet show it to be wrong, is not conclusive; for the legislature has the right to pass laws which, according to the common belief of the people, are adapted to prevent the spread of contagious diseases. In a free country, where the government is by the people, through their chosen representatives, practical legislation admits of no other standard of action; for what the people believe is for the common welfare must be accepted as tending to promote the common welfare, whether it does in fact of not. Any other basis would conflict with the spirit of the Constitution, and would sanction measures opposed to a republican form of government. While we do not decide and cannot decide that vaccination is a preventive of smallpox, we take judicial notice of the fact that this is the common belief of the people of the State, and with this fact as a foundation we hold that the statute in question is a health law, enacted in a reasonable and proper exercise of the police power.” 72 N.E. Rep. 97.

Superseding Jacobsen v. Massachusetts, in the case of ROMAN CATHOLIC DIOCESE OF BROOKLYN v. CUOMO, the U.S. Supreme Court ruled on November 25, 2020, to enjoin New York Governor Cuomo from depriving religious groups in a “red zone,” versus businesses in an “orange zone,” from congregating.

The Supreme Court granted the religious objectors an injunction against the forced deprivation of gathering rights based on the “Likelihood of success on the merits. The applicants . . . made a strong showing that the challenged restrictions violate ‘the minimum requirement of neutrality’ to religion. Church of Lukumi Babalu Aye, Inc. v. Hialeah, 508 U. S. 520, 533 (1993).

In other words, ‘neutrality to religion’ must be honored and administered by all state and federal officials.

Now that only leaves private companies, such as Facebook, Google, Amazon, the airlines, and thousands of multi-national corporations potentially free to violate people’s religious rights by mandating vaccinations for employment or air travel.

What all of this history neglects, and where the-rubber-will-ultimately-meet-the-road, is with the fundamental and quintessential “general agreement” among all religious groups in the “Holy Spirit” power administering healing.

All monotheists agree (with Zen Buddhists too) that there is a Holy Spirit power of Love (or “chi energy”) that protects us, sustains us, rejuvenates us, and heals us.

Common knowledge and agreement in the religious world is that the Holy Spirit power of Love immunizes us against evil, biological and social discord, and illness. That is the foundation of religion (karmic law in Buddhism as well, and even medical theology in Chinese acupuncture, etc.). That is also the general agreement among the vast-majority of people worldwide.

Consequently, the main presumed legal question raised by forced vaccinations based on the  high“bar” of “general acceptance” and society’s “compelling interest” is seriously flawed.

The legal presumption and main question should be: “Does the general acceptance of all religions espousing faith in the Holy Spiritual function/administration of protection/restoration of health reflect the compelling interest of the state, as well as private companies, to apply First Amendment religious freedom for exception/exemption of mandatory vaccinations.”

The answer to this question is what must eventually be decided at the level of the U.S. Supreme Court.

Now anyone who is “conscious,” reasonably aware of politics and geopolitics advancing globalism and more totalitarian controls over civilization, advancing artificial intelligence (“AI”) toward a “Final Solution” that relies on vaccinations advertised to include “bio-chips” for merging medical data, even people’s brains with the Cloud, must now consider the strategic importance of MK-ULTRA-like mind-control and social engineering programs. General acceptance of this corporate-fascist state requires more persuasive polling, advertising, and marketing to overcome the decreasing faith and trust the awakening masses have in Big Pharma, and in vaccines such as Pfizer and Moderna’s “game changing” mRNA “genetic therapies” falsely called vaccinations.

And overcoming this hurdle, by evading the “spiritual consensus,” spells doom for Big Pharma and governors who still push COVID-19 vaccinations and social restrictions.

The heavy burden on the drug/vaccine industry is akin to convincing viewers witnessing the vaccine parade sponsored by the global elite—the owners, investors, stockholders, the Emperors of Big Pharma, Big Tech, and Big Banking—are not disgracefully ‘nude,’ but all wear beautiful clothes.

To do this, much more propaganda is needed to convince the “herd” that we are not seeing reality for what it is. To establish the “compelling interest” that COVID-19 vaccines are good, safe, effective, and trustworthy; for injecting/intoxicating our bodies to gain “herd immunity;” increasing amounts of propaganda and attacks against religious groups must be administered to move the population that loves God and the Holy Spirit (Force of nature) to deny the existence of God and the power of the Holy Spirit for healing.

Now you understand why the corporate-controlled media has been so actively smearing and dividing all religious groups, turning devotees against one-another by the use of fear (not faith), to defraud society, develop/sustain the general agreement that vaccines are safe and effective, and serve a “compelling interest” in help protect civilization against the COVID-19 infection.

So please share this information to establish the anti-vaccination general agreement, and officials “compelling interest” in honoring people’s religious faith and freedom.  By sharing this intelligence, we will all be far better off, far safer, far healthier, and far more “spiritually immunized” against irrational/contrived fears of infectious diseases, rejecting vaccinations, especially “mandatory vaccinations,” in favor of ‘natural cures.’