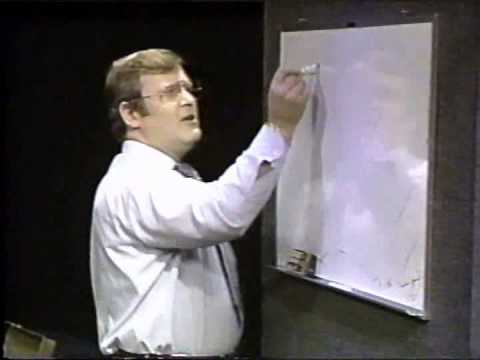 “When I first met him in August 1986 at a gathering at Virginia Livingston’s house in La Jolla,” wrote the distinguished Dr. Cantwell, the AIDS-origin pioneer, Strecker, “alerted me to his research and conclusion that HIV/AIDS was a man-made disease first started when gay men were seeded with HIV during the hepatitis B vaccine experiments in Manhattan (1978-1981).

“At the time, I was stunned by his accusations — and decided I would determine for myself if what he said could possibly have any truth,” recalled Dr. Cantwell. “The research I have conducted on man-made AIDS has been my personal obsession ever since that meeting 32 years ago. As a result, I wrote three books on man-made AIDS and there are numerous postings on the net written about my findings and conclusions.

“Needless to say, the meeting with Strecker tremendously influenced my life, and will continue to do so until my last breath,” concluded the author of AIDS and the Doctors of Death: An Inquiry into the Origin of the AIDS Epidemic; Queer Blood: The Secret AIDS Genocide Plot; and AIDS, the Mystery and Solution.

Dr. Cantwell continued, “His death may not have received any press in the major media, but I am convinced that with time he will be remembered as the first physician to bring to the attention of the public that AIDS originated in the U.S. – first as a direct “bio-attack” against gay men. And that AIDS is/was a man-made disease from the very beginning.”

“Unfortunately,” Dr. Cantwell concluded [on July 3, 2018] most people don’t want to consider this as the origin of AIDS, preferring to blame it solely on monkeys, black Africans, and gay men.”

Dr. Strecker Obituaries Neglect and Suppress His Most Important Work

He completed his residency at LAC+USC Medical Center acquiring his Medical Doctorate, and a Ph.D. in Pharmacology, he was also a trained gastroenterologist and pathologist.

Dr. Strecker was a dedicated and selfless man who was passionate about his work, his patients, and the understanding and fighting of disease.

Dr. Strecker loved his family, had a genuine caring personality with a keen wit and a quick laugh. He enjoyed spending time on his plantation in Hawaii where he was planning to retire.

Robert was taken from us way too soon and will be missed greatly by his family but also his patients both past, current and future.

Strecker unearthed unfathomable biotechnology experiments from which he concluded that HIV/AIDS sourced from bovine leukemia and sheep visna viruses recombined to create cancer triggers. His scholarly thesis, albeit suppressed and disparaged for missing the “chimpanzee-link,” was heavily attacked by media agents protecting government and industry culprits. Strecker shined the first light on the risks to public health from secret virus cancer experiments.

Robert Strecker was not alone, and it is unknown what, if any, influence he gained from his East German predecessor, Dr. Jakob Segal. Segal, and his supportive Soviet wife Lilly, were alienated and defamed similarly by Western presses when they drew attention to the man-made origin of AIDS theory. Their classic disparagement can be read here, as published by “Sage journals”–the founding member of the Open Access Scholarly Publishers Association (OASPA). That yellow press was discredited for relying on the Journal of International Medical Research and “a false and intentionally flawed paper created and submitted by a reporter for the journal Science. That scandal demonstrated how severely corrupted the world of medical science has become, tainted by pseudoscience and propaganda to infect the mass mind and maintain the medical status quo to aid-and-abet petrochemical-pharmaceutical genocide.

The Segals, according to Western propaganda (i.e., counter-intelligence), were supposedly suckered into collaborating with Russian intelligence to spread falsehoods about AIDS being an American invention. According to the Sage Press’s yellow press, professor Segal was presented with forged documents that were claimed to have leaked from Fort Detrick, MD–America’s premier biological weapons testing center. Sage bemoaned “rumors” about the US military using humans in bioweapons experiments. Nonetheless, this is precisely what was done.

“[A] story about spreading flu virus in San Francisco in 1955, where 1 person was presumed to have died. Another rumor told about another experiment in Tampa Bay, where 12 civilians were supposed to have died. Furthermore, official reports from the United States stated that the Central Intellegence Agency (CIA) had actually tested LSD on uninformed people. An official report revealed that syphilis had been administered on African American farm workers in Tuskagee between 1932 and 1972 in order to try the effect of penicillin on syphilis. There was, in other words some rumors, of which some are even true, already in circulation. From this point of view, another story about the origin of HIV would fit very well into the historical background. This background contributed largely to Dr Segal’s conviction that the story about Fort Detrick was not only plausible but probable and even true.

“The Segal couple were convinced that the Fort Detrick scenario was genuine and worked hard to spread this message. They were allowed by the East German authorities to do so at a conference in Harare, Zimbabwe. They were, however, not allowed to publish their material in East Germany. The fact that they were not supported actively by the German Democratic Republic (GDR) authorities, however, made them feel suppressed. The conspiracy theory had also been spread in Indian and Russian newspapers, such as Trud and Literaturna Gaseta.”

In 1996, the author of this tribute published the first edition of Emerging Viruses: AIDS & Ebola–Nature, Accident or Intentional?. This work too, like Cantwell’s three books, vicariously came from Strecker’s work. Here’s how. . . .

In 1990-93, as the chief professional advisor and health professional educator in Henry Schein Co., I became the leading investigator of the murder theory in the mysterious case of the Florida dentist, Dr. David Acer, who transmitted his strain of HIV to six patients. I learned, during my investigation that Acer believed he was dying of a virus the government had created. I published this fact, along with substantial evidence of Acer’s revenge motive, in several scientific peer-reviewed publications, and in my ninth book, Deadly Innocence: The Kimberly Bergalis Case– Solving The Greatest Murder Mystery In The History of American Medicine. I learned that Acer had received from Strecker the Strecker Memorandum, and was livid that he was dying of a virus the U.S. Government had created. Using the FBI’s methods and materials–the “Motivational Model for Sexual Homicide” published by Burgess and Ressler at Quantico–I concluded that Acer maintained a classic “organized serial killer” personality profile, crime scene profile, and developmental history. These conclusions, and scientific publications as well, were heavily disparaged and suppressed. This resulted in my black-listing from the professional lecture circuit and firing by Schein.

Having realized Acer was likely suffering from AIDS-dementia, I could not believe Strecker’s work was legitimate. So, in effect, I was biased against Strecker, and even sought to disprove his Memorandum.

I also did not rely on Segal’s reports in my investigation, and had not read any of Cantwell’s books. My three-year independent inquiry culminated in my discovery of the “chimpanzee-link” missed by the other authors in the actual “Special Virus Cancer Program” (SVCP) contracts under which the genetically-engineered immune-suppressive viruses were bio-engineered by the U.S. Army’s sixth top biological weapons contractor–Litton Bionetics. That discovery, and published revelation, resulted in my blacklisting as a speaker from major professional conferences and lecture circuits in which I had been previously welcomed. 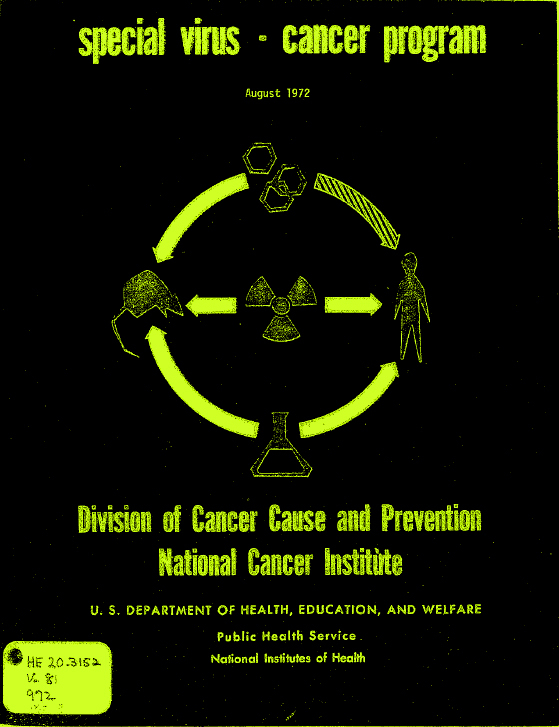 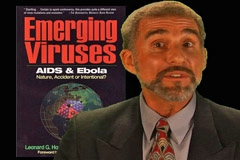 Accordingly, my corroboration of Strecker’s, Cantwell’s and Segal’s conclusions is backed by the shocking experiments detailed in the 425-page Special Virus Cancer Program 1972 publication. This government-secreted text explains how and why these kinds of “special viruses” were manufactured and distributed. And they especially incriminate the vaccine industry.

“It was all done under a hush-hush program,” I explained in an earlier publication. “The scientific publications prove the simultaneous hepatitis B experiments were conducted in New York City, Central Africa, and apparently Haiti too, during the early 1970s. And these facts best explain the occurrence of what Dr. Gerald Myers –the leading expert in HIV/AIDS phylogeny–called the ‘Big Bang Theory.’ This chief of the special AIDS project for the U.S. Government’s Los Alamos Laboratory corroborated my discoveries and thesis, that the sudden and simultaneous emergence of several strains of HIV around the world by the mid 1970s resulted from the secreted Special Virus Cancer Program lab experiments.

I reviewed more than 2,500 scientific reports and government documents, some obtained through the Freedom of Information Act, to assess dozens of viral vaccine studies. The chief suspects emerged from the network of military and pharmaceutical industry scientists working for the Merck Drug Co., Litton Bionetics, and the Southwest Foundation, as shown in the Special Virus Cancer Program text  (available for sale here). My 3-year investigation, corroborating Strecker’s, Cantwell’s, and Segal’s concerns, is documented in the 592-page Emerging Viruses book. 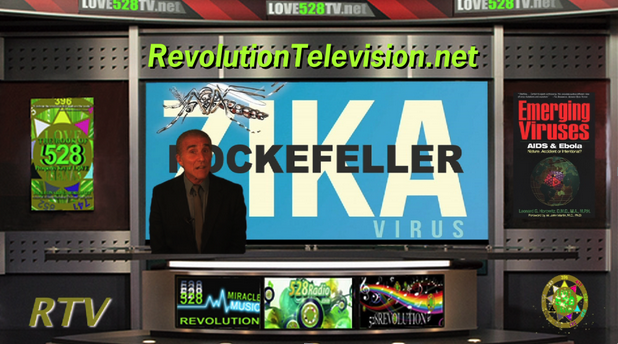 Emerging Viruses: AIDS & Ebola clearly explains and documents how, when, where, and why the viruses that now threaten humanity’s extinction were made and trafficked through complicit vaccine makers.

Dr. Strecker Will Be Honorably Remembered

For all of the above reasons, and the contributions he made to bring truth to light, Dr. Strecker will be sorely missed and honorably remembered.

Dr. Leonard Horowitz, D.M.D., M.A., M.P.H., D.N.M. (hon.), D.M.M. (hon.), is a Harvard-trained expert in emerging diseases. Besides being the award-winning author of twenty-two books, including three American best-sellers, Dr. Horowitz’s documentary, UN-VAXXED: A Docu-commentary for Robert De Niro won five international awards, including “Best Film – 2016” in London and Geneva competitions. Dr. Horowitz’s most recent text, The Book of 528: Prosperity Key of LOVE, has prompted a revolution in the music and natural healing industries improving recording artistry and music therapy with the use of C=528Hz(A=444Hz) tuning that produces “medicinal music.” To advance an alternative to toxic antibiotics and risky vaccines, Dr. Horowitz was solicited to supplement NASA science using 528 frequency biophysics to pioneer OxySilver, the world’s most powerful silver hydrosol.

U.S. General Accounting Office Whitewashing of the Origin of AIDS from the Special Virus Cancer Program

The Development of AIDS

The CIA’s Role in the Anthrax Mailings