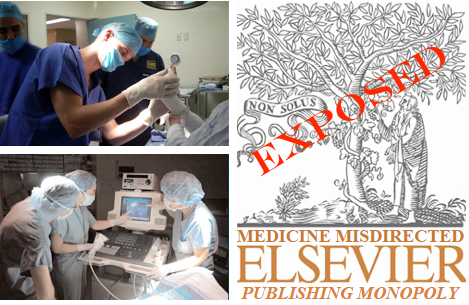 THIS new online format of MEDICAL VERITAS features an article by investigative journalist Sherri Kane in collaboration with this new Editor-in-Chief, submitted (Dec. 3, 2009) for publication initially to The Lancet. “PHARMAGANDA: A Study in Conflicting Interests,” we sent to Lancet editors because they published a commentary on April 6, 2002, condemning the impact of special interests on the practice of medicine.

A few days later (Dec.10, 2009) we received a rejection notice from the Senior Executive Editor, Sabine Kleinert, without any criticism or suggested redirection as the system of peer reviewing was established to provide for everyone’s benefit in advancing science.

Determined to understand why this rejection was administered, in light of this paper’s obvious urgency, I Google-searched the corporate owners of The Lancet and quickly determined the journal’s publisher, Elsevier, had been purchased by the Reed Company. The merger formed Reed-Elsevier, a virtual monopoly over the entire medical and scientific publishing industry.

Elsevier alone publishes 250,000 articles annually in 2000 journals. How many of these can a good doctor read? Reed-Elsevier’s archives contain seven million publications important to authors who research the “old stacks.” Total yearly downloads of this company’s articles amount to 240 million. Multiply that times $30 per download and you get more than $7 billion.

Recently, in an Australian court, Merck & Co. was sued by a user of VIOXX. The plaintiff alleged that Merck paid Elsevier to publish the Australasian Journal of Bone and Joint Medicine, which appeared to be a peer-reviewed academic journal but only contained articles promoting Merck’s drugs.1 Merck first denied claims that the articles in this “complimentary publication” were authored by Merck’s ghost writers. Company officials defended saying all reprints came from peer-reviewed medical journals. In May 2009, however, Elsevier conceded by stating that their “sponsored article compilation publications,” are produced “on behalf of pharmaceutical clients,” and are “made to look like journals.” The company admitted neglecting “the proper disclosures” fooling doctors and patients alike.

Even more disturbing is that Reed-Elsevier purchased ChoicePoint in 2008 for $3.6 billion in cash.

According to online descriptions of ChoicePoint, this is a “prime intelligence service.” The company supplies governments and multinational corporations with demographic data, including confidential voter records. The company is best known for its administration of corrupted records used to certify Past-President George W Bush’s contested 2000 election.
Yes, you read that right. According to Wiki online:

“In the aftermath of the vote, the owner of DBT Online, ChoicePoint, was accused of cooperating with Florida Governor Jeb Bush, Secretary of State of Florida Katherine Harris, and Florida Elections Unit Chief Clay Roberts, in the voter fraud conspiracy involving the central voter file. It was also accused of having a bias in favor of the Republican Party, for knowingly using inaccurate data, and for racial discrimination.” 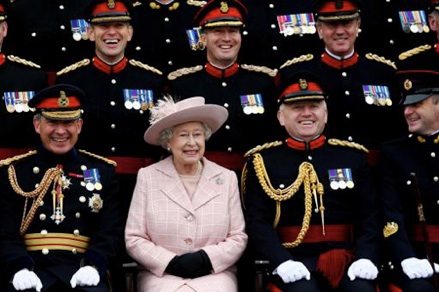 The prompt response from the JRSM Editor, Kamran Abbasi, was intriguing. He wrote, “Thank you for submitting your article . . . I read it with interest, but I am afraid . . . “

I wrote back, “If you read it with interest, what made you disinterested?”

Additional online research shows that many people are concerned about ChoicePoint’s census data, acquired and provided to untrustworthy agents, government agencies, companies and even crime rings.

It seems even those interested in geneology or genetics–like leading eugenicists and “family planning” pioneers Margaret Sanger and Adolf Hilter–reference ChoicePoint’s copious provision of data to anyone for a price.

Even the Better Business Bureau has warned unwary residents to resist disclosing confidential information to ChoicePoint’s census informers that are now walking door to door across America.2 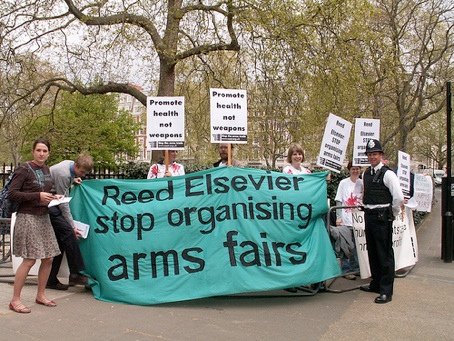 The Royal Society of Medicine

To advance this investigation further, following The Lancet rejection, we submitted, “PHARMAGANDA: A Study in Conflicting Interests,” for review and possible publication in the Journal of the Royal Society of Medicine (JRSM).

I considered adding to my cover letter, but didn’t, an appeal to their editors and peer reviewers that they could either be heros and publish this urgent, honest, life-saving labor of love, or generate “instant-karma” when I relay to my regular readers, whose numbers certainly make JRSM’s circulation pale by comparison, their rejection notice.

We certainly deserved to gain some feedback, or hear his truth, as I spent at least a half hour filling in all the required fields in their online submission forms. But he never replied.

I reckon that medical doctors in Britain and elsewhere deserve to know what Dr. Abbasi neglected to admit–that The Wellcome Trust, among the JRSM’s leading contributors, was royally exposed in our “study.”

Ironically, in completing this online application, their instructions cite The Wellcome Trust in an explanation of how to disclose conflicting interests and financial support for submissions!

So if you ever hear someone reference one of Reed-Elsevier-ChoicePoint’s myriad journals and articles as “solid scientific proof,” or disparage those advancing truth elsewhere, you can simply rest content knowing MEDICAL VERITAS evidenced otherwise.

Innocent Till Proven Guilty: A Case Study in Alleged ‘Shaken Baby Syndrome’ With False Conviction Based on Gross Medical Negligence and