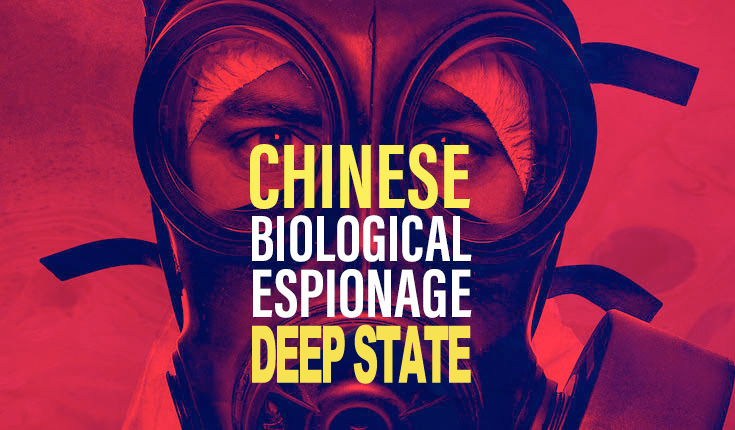 Carlson, who previously broadcast that “anyone claiming that COVID-19 came from a lab is lying,” acted shocked to hear Dr. Yan explain how she knows the former bat coronavirus was hyperweaponized in Wuhan’s lab before being intentionally released.

New York University’s Dr. Marc Segal, from whom Carlson sought comment on Yan’s accusations, said he was “not surprised,” and added that no one can trust science any longer.

Carlson’s segment was followed by Laura Ingraham who compared the global elite with vaccine pushers bribing “the Bulshiviks,” Democrats’ leading financiers including Michael Bloomberg, Warren Buffet, and Bill Gates who Ingram mocked for his “hand motions” while threatening extinction from vaccination hesitation. 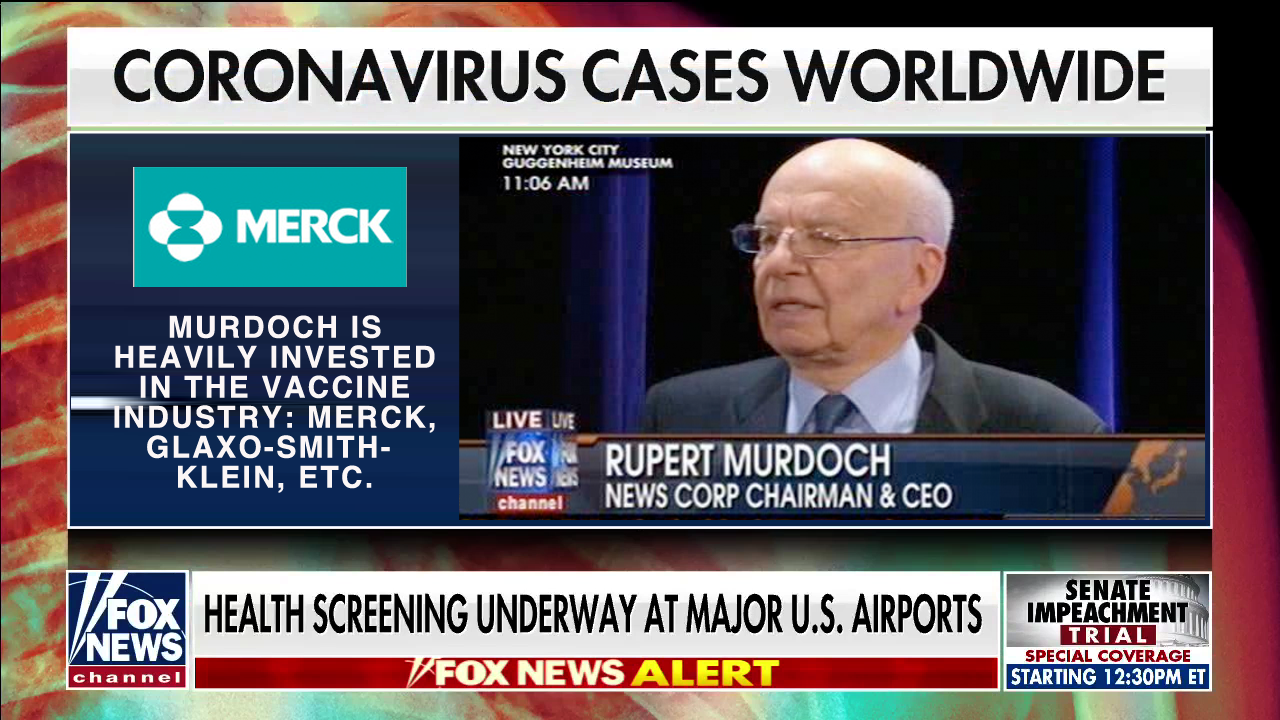 “Aside from the ‘silence’ that ‘is evidence most persuasive’ of an organized ‘Deep State’ conspiracy to keep the COVID-19 lab virus’s intentional release secret, the ‘mixed message’ that Murdoch’s agents delivered is a behavioral science ploy used to confuse everyone,” the doctor opined.

“Ingraham let the obvious ‘cat out of the bag’ by objecting to the global elite’s financing and directing of the Chinese military. She correctly inferred that the so-called ‘Deep State’ could and would do whatever is necessary to advance globalization and profitable depopulation,” Horowitz added.

Carlson’s father was Voice of America’s director—America’s leading propagandist—equivalent to Josef Goebbels working for the Third Reich, Horowitz revealed in a segment playing on RevolutionTelevision.net. 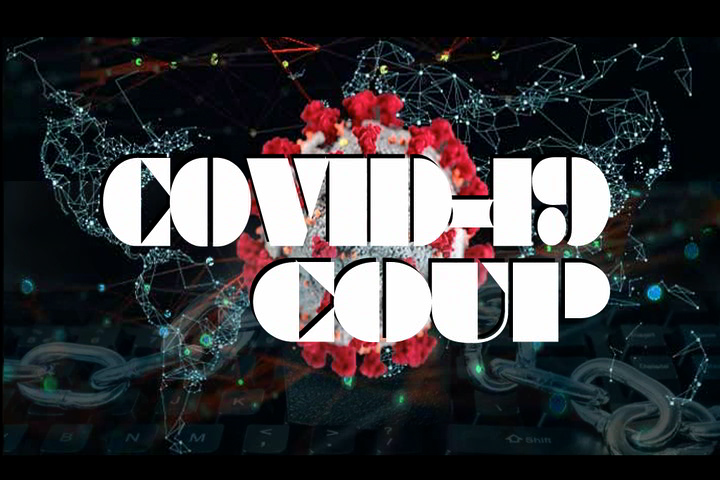 FOX contributor, Geraldo Rivera, concealed that Willowbrook story when he reported on the child abuse at Willowbrook to secure his career as a Deep State propagandist.

The doctor likens COVID-19 to airborne AIDS due to its unnatural genetic sequences and ‘obvious splices’ securing human-to-human transmissibility.

“Officials falsely claimed they can and will assure safety and efficacy of the vaccines,” Dr. Horowitz objected. “But even if the candidate vaccines that are already being mass produced as 50-70% effective in producing antibodies, that will not stop the virus from spreading. Even those who recover with antibodies are increasingly relapsing, further proving my point–COVID-19 acts like ‘airborne AIDS’.”

Horowitz concludes “the virus was manufactured and released to act like airborne HIV. AIDS virus genes were spliced into the ‘enhanced function vector.’

“Civilization has been set up for profitable exploitation. The virus will kill people unless victims consume costly drugs produced by the same companies controlled by the same billionaires and stockholders globalizing and undermining the economy.

They are destroying governments for ‘One World Order,’ and culling civilization to more manageable levels, massive evidence proves clearly and convincingly.

Caught in The COVID-19 Coup 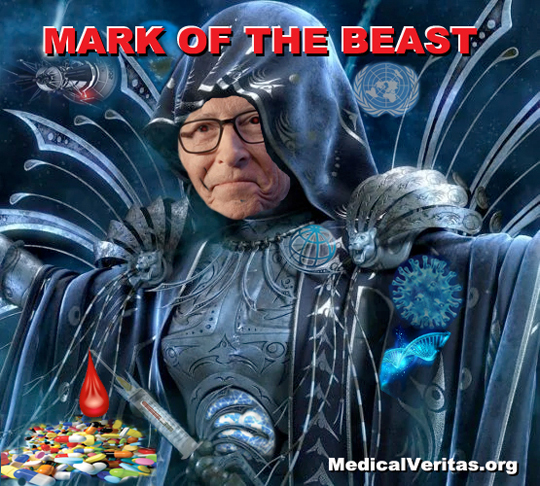 As Bill Gates’s and Anthony Fauci’s infamy is skyrocketing, largely as a result of Dr. Horowitz’s relentless whistleblowing, the world is awakening to their shared investments in the Deep State’s “Moderna vaccine.”

Fauci’s profitable patents reveal conflicting interests in mRNA genetic therapies as well as “monoclonal antibodies” claimed to be a most promising remedy. 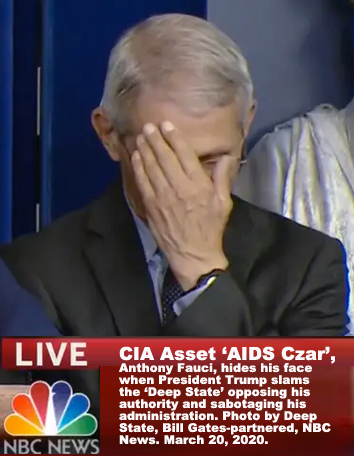 “Civilization has been set up for profitable exploitation. The virus will kill people unless victims consume costly drugs produced by the same companies controlled by the same billionaires and stockholders globalizing and undermining the economy. “

Meanwhile, the Gates Foundation has been at the forefront of promoting globalization and depopulation through vaccinations.

Montagnier also corroborated Horowitz’s proposed natural remedy to cure the pandemic. Wave frequencies of sound and light, that Horowitz heralds as 528Hz/nm, have been recklessly neglected and censored.

The “528 wave” broadcasts at the heart of nature in green light, oxygen, and chlorophyll. That “wave” alone was scientifically proven to increase anti-oxidant levels by 100% to boost immunity and help fight off viral invaders.

The doctor’s ‘take’ on COVID-19 is respected by scientists, scholars, and celebrities worldwide. His Emerging Viruses: AIDS & Ebola—Nature, Accident or Intentional? is the best selling book in this field. His popular books and films are endorsed by many of the world’s most provocative figures on both sides of the political isle. Horowitz fans include Barack Obama’s minister, Rev. Jeremiah Wright; Nation of Islam leader Louis Farrakhan and his ‘spiritual advisor’—Jabril Muhammad; the real-life Rambo and U.S. ‘patriot community’ pioneer, Col. Bo Gritz; America’s leading psychiatrist, Dr. Professor Vernon Neppe; music-world superstars Jay-Z and Beyonce;’ Bono; and Hollywood celebrity Will Smith whose saga in I Am Legand was largely based on Horowitz’s book.

“Civilization risks extinction by concealing this genocide and the risks arising from dangerous and damaging genetic engineering,” Dr. Horowitz concludes.

“The forces of evil underlying human suffering must be stopped. The devil-doers must be indicted and prosecuted for crimes against humanity. Only then can we declare victory over COVID-19.