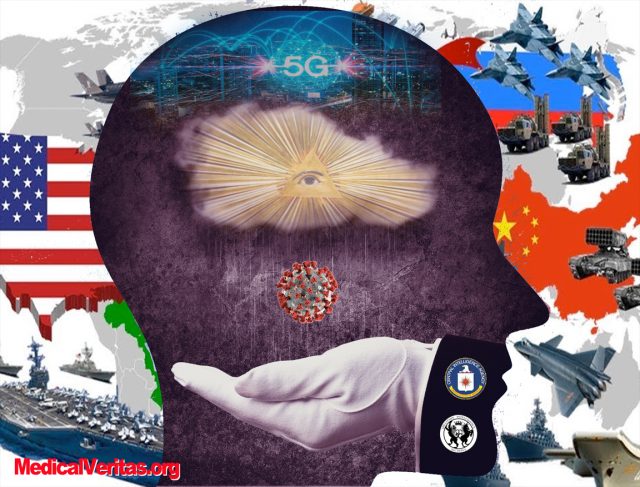 An Explanatory Essay by

“Fascinating read, Q: Is Russia a partner with the US in these crimes, or, a competitor / enemy…? It was not real clear to me which one is the case…  And is Russia pro U.N. or pulling away like the US seems to be? Thank you!”

Many new HealthyWorldNews.com readers missed previous reports answering these questions and many many more. CONFUSION is used to engineer DIVISION to advance GLOBALIZATION and the ultimate ‘commercial’ objective of TRANSHUMANISM.

To covertly-engineer globalism to replace ‘nationalism,’ and grow a New World Order mentality, behavioral science and the Hegelian dialectic is used.

Behavioral science is actually, politically and economically, the most studied, persuasive, or forceful science.

The Hegelian ploy used to control populations features promoting both sides of a controversy: the ‘thesis’ and ‘antithesis.’ Confusion ensues. People tire of the confusion. Then they drop out of the discussion due to frustration. This causes submission of the population to whatever agenda is being advanced.

This is most obvious in politics.

“These Anglos . . . normalized thievery, pedophilia, and homosexuality primarily because of the abusive traumatic culture in which their mentors were reared. Abuse inculcated ‘self-loathing.’ Hating self subconsciously enabled social malice and aggression. They justified colonialism, racism, wars, and genocides by claiming their family entitlements and exceptionalism.”

Recently I explained the abuse of behavioral science by the media to foment the ‘COVID-19/Black Lives Matter Riots.’ This confusion/diversion dynamic worked very well to prompt unprecedented political divisions in America. The Hegelian objective was to incite civil war, enable multinational corporate fascism, and cause more profitable depopulation.

More recently, the New York Times addressed similar big-picture confusion about QAnon. This political movement seeks to address the wider view we at Medical Veritas, and our allies, have been similarly witnessing, reporting, and opposing. (1)

I concluded, the New York Times‘ analysis of the QAnon movement exemplifies the Hegelian dialectic. This discredited ‘fake news’ media advanced QAnon’s thesis, but at the same time the paper discredited QAnon with the anthesis–that QAnon is simply a foolish conspiracy theory.

People are only ‘confused’ about all of the above because they don’t see the ‘bigger picture.’ They don’t ‘see,’ recognize, or integrate in their brains (i.e., ‘cognitive consciousness’) this larger ‘reality.’

‘Viewers’ don’t see what is befalling civilization, politically, economically, socially and militarily. People made victims don’t see “the forest of ‘reality’ through the trees of counter-intelligence propaganda,” I have often lectured.

MOST PEOPLE DON’T WANT TO SEE THIS BIGGER PICTURE.

The ‘goodness’ in people’s hearts impedes acceptance of the troubling ‘evil’ reality befalling humanity. By this denial, Hegelian dynamic, defrauded/exhausted people choose to submit. They behave as “evil obedient” slaves to the system. They deny then that they have become part of the problem instead of activists advancing solutions. 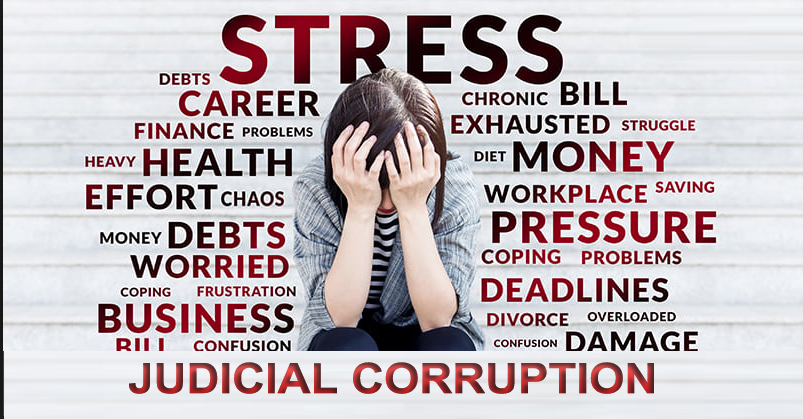 Instead of accurately grasping harsh ‘reality,’ the persuasive media has you endlessly questioning reality instead. Instead of administering remedies, the con has the majority of people infighting. Each person/side defends their illusion, their delusion.

The agents of confusion and division celebrate. They capitalize on this mass-mediated mind-manipulation profiting from social discord.

“Reality,” Carey and his fellow mind-controllers argued, is malleable according to the way you think, or are conditioned to think.

Drugs, especially costly and potentially deadly hallucinogens, enable ‘higher consciousness’ and ‘spiritual enlightenment’. You can “see God” if you swallow this or that pill or drink this ‘tea’. You will better appreciate ‘reality’ according to Carey and his cohorts, including pharmaceutical industry paymasters. 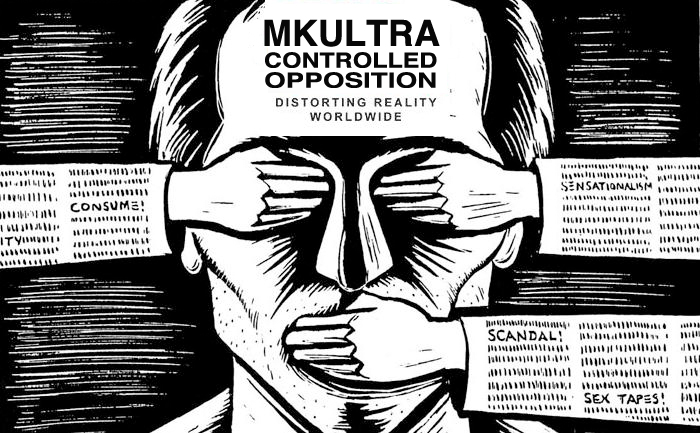 Another example is the 2010 “blockbuster,” INCEPTION. This film by “dark director” Christopher Nolan, similarly broadcast this same mind-numbing theme. Your thoughts can mold reality. Moreover, reality is pliable.

More recently, the HBO political propaganda film, After Truth, takes this theme to a whole new level. Neglecting the purposeful engineering of confusion, molding perception of political reality by both Democrats and Republicans, this film is not worth viewing but for this neglected WARNING: Filmmakers and story-tellers on both sides of the political isle are paid to corrupt your perception of the reality they are molding.

Accordingly, your reasoning has been completely corrupted to vote as you will in the forthcoming election.

“Filmmakers and story-tellers on both sides of the political isle are paid to corrupt your perception of the reality they are molding.” 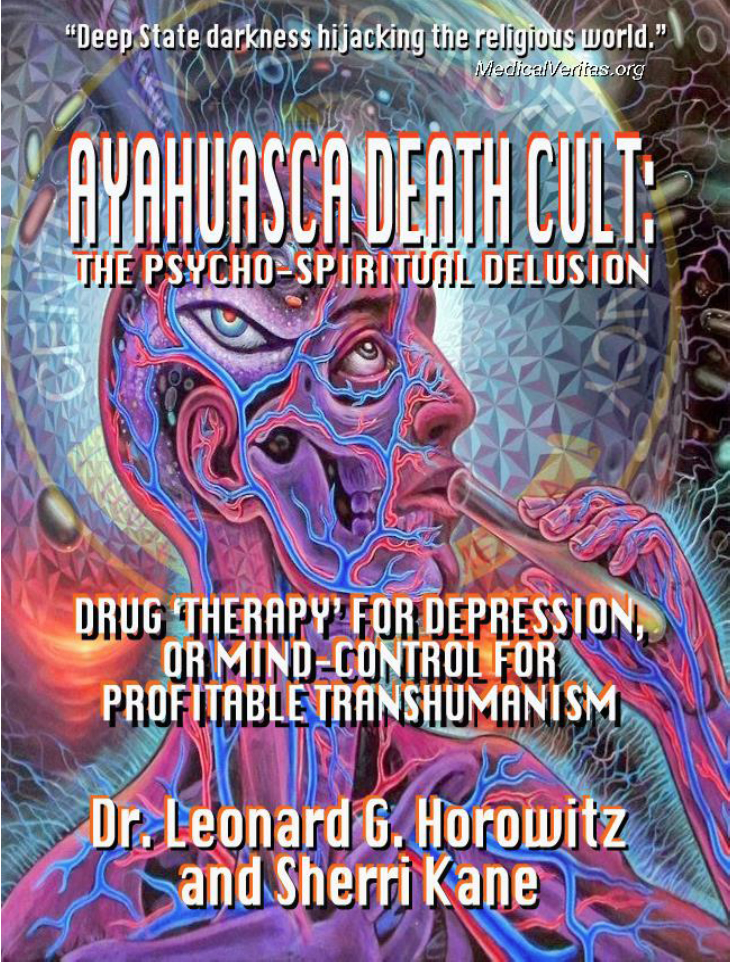 The Global Elite’s History and ‘Reality’

But you are persuaded to believe this ‘reality’ is a discredited “conspiracy theory”.

Nevertheless, this biggest picture, globalism, has been actively sought for centuries by the ‘global elite.’

These Anglos later diversified as Anglo-American monopolists driven by their criminal psychopathology and social perversions.

This group normalized thievery, pedophilia, and homosexuality primarily because of the abusive traumatic culture in which their mentors were reared.

Putting pieces of this ‘puzzle’ together, the current New World Order elite administer global economics and politics behind closed doors. Secretly, in the shadows, they administer their ‘private equity investment banking’ cartel. This racketeering enterprise controls more than companies and stock markets. Their criminals in intelligence agencies control the news. They sickly justify engineering all popular beliefs, social attitudes, and civilization’s submissive misbehavior.

These criminal psychopaths, who value profits and power far more than human lives, invest in developing nations. Greed drives their investments. Lust for control over valuable resources motivates their crimes. They finance and corrupt nearly all governments. They have done so for centuries. Historic facts establish their guilt.

When China and India was emerging from British colonialism, for instance, these ‘banksters’ established their ‘central banks’ in these countries. Thereby, political power was secured and extended globally.

When the Russian Revolution ousted the royal Romanoff family who did not go along with this globalization scheme, and opposed ‘modern science’ competing against ‘natural medicine’ vis-à-vis Grigori Rasputin (who also influenced the Romanoff’s to be more ‘spiritually’ devoted), the Jewish people were then targeted and demonized to divide the population to justify that revolution, World War I, and its related genocides.

This deadly action was supplemented by the 1918 influenza pandemic that killed as many as 100 million more people. This devastating affliction foreshadowed today’s COVID-19 pandemic, rooted similarly in geopolitics and economics.

Disregarding similar manipulations to prompt World War II, during the 1980s, the world witnessed Perestroika. Russia was politically moved by the global elite to reform the Communist Party from within the Soviet Union. Mikhail Gorbachev was financed to bring glasnost (meaning “openness”), concealing his financial backers in the Deep State mob—the successors-in-interest to the same powers that financed World Wars I and II.

So if you are ‘confused’ about what is happening now, don’t be. Study history. History is repeating.

Why change? The global elite today are emboldened by ‘front men’ such as Bill Gates, Elon Musk, Peter Thiel, George Soros, Warren Buffet, Henry Kissinger, the Rothschild and Rockefeller clans, and their multinational corporations. Their predecessors succeeded empowering their influence on modern history. Their enterprise has no need to change, nor sufficient cause to correct. The masses remain ‘asleep.’

In fact, the global elite’s capacity to succeed in securing more wealth and power is enabled by their Internet, 5G telecommunications, captured regulators, and corrupted courts. Their control is peaking.

“These criminal psychopaths, who value profits and power far more than human lives, invest in developing nations. Greed drives their investments. Lust for control over valuable resources motivates their crimes. They finance and corrupt nearly all governments. They have done so for centuries. Historic facts establish their guilt.” 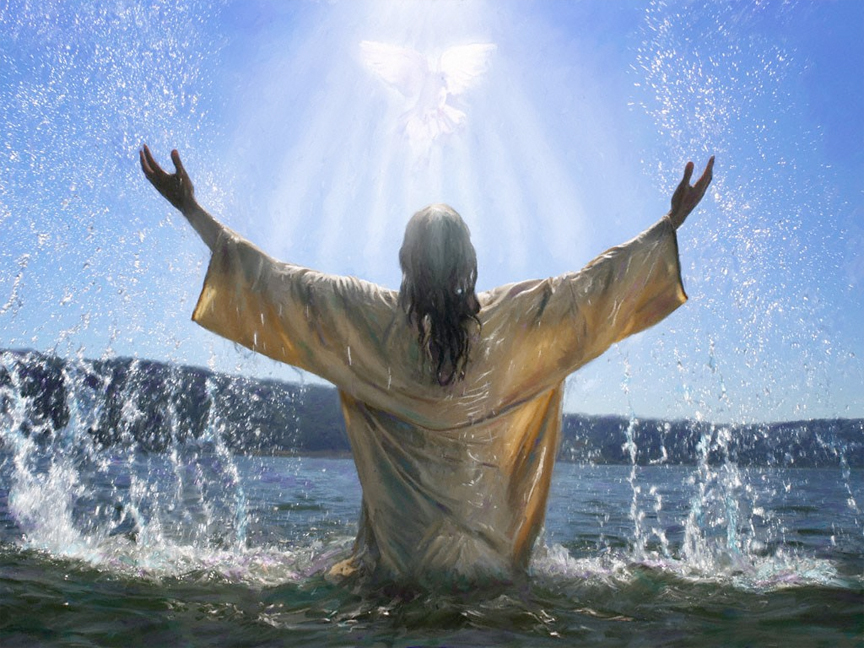 The only solution or remedy remains exclusively in ‘awareness’ or ‘consciousness.’

What is actually true about ‘reality,’ and the forces governing it, must be widely exposed, openly debated, and commonly accepted.

For instance, suppressed realities must be commonly grasped, such as how nature operates lawfully within a ‘universal construction.’ This ‘Matrix” administers physical reality musically-mathematically. It sustains itself and the universe harmonically, by way of coherent frequencies. These oppose dissonance, as enlightened beings also do.

This truth should be taught to every child, because this knowledge is freeing and fundamental to their human rights life, liberty, and pursuit of happiness. This ‘Divine design’ operates within each of us. It should be honored, not denied or concealed.

The only hope for civilization’s emergence from ignorance and darkness is to grasp this knowledge of self, science, and reality.

Repentance follows as necessary. Our mass deception must give way to enlightenment and remedial actions.

Civil disobedience and evil obedience, the ‘sinful nature of mankind’, must be subdued, discouraged, no longer encouraged. All media must entrain to this remedy extinguishing incivility and organized crime by free will and informed choice.

That’s our only hope. Should we fail, extinction of the human race is certain. Reckless neglect of self-knowledge, human rights, and negligence in environmental stewardship, will kill us. Other species will survive. We won’t.

If we succeed, we shall celebrate the ‘promised land,’ unadulterated Zionism, where the “lion lies down with the lamb.” We will earn ‘peace on earth’ for 1,000 years as the prophets and saints have prophesied.

(1) Be it known that the NYTimes operates under the influence of its owner, Mexican billionaire Carlos Slim. Mr. Slim is heavily invested in BlackRock, a leading private equity investment banking company. Blackrock is administered by ISIS innovations’ and Evercore officials, including Evercore’s Senior Managing Director and Chairman of Europe Investment Banking, Bernard Taylor, co-Vice Chair for the Rockefeller JPMorgan Chase bank.

I tracked and reported on this chain of conflicting-interests while researching genetically modified mosquitoes. I learned that the mosquito manufacturer, Oxytec, was owned by Intrexon, whose Chairman and CEO is Randal J. Kirk, also on the Board of Directors of ZIOPHARM Oncology, Inc., largely financed by BlackRock, Third Security, LLC and Morgan Stanley.

From Mr. Slim’s complicity within this group of investors I better understood why the NYTimes would publish such rubbish about the origin of the Zika virus. I understood why Slim and the NY Times would promote Zika’s commercial remedy in genetically-modified mosquitoes.

These insects, I realized, might be further developed to do what Bill Gates lectured on–using them to allegedly protect, even vaccinate, populations against infectious diseases.