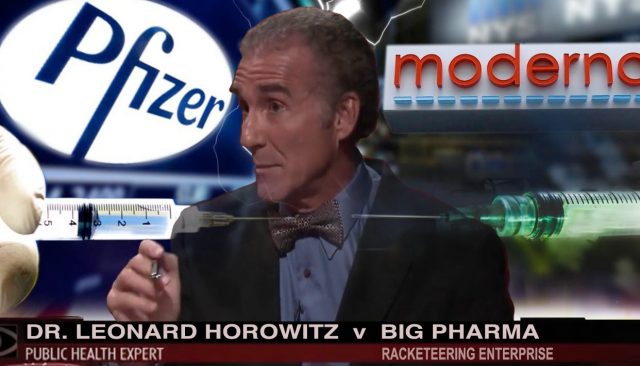 Las Vegas, NV (MedicalVeritas.org; 12-21-21)—On November 2, 2021, Dr. Leonard G. Horowitz, the author of the COVID COUP: The Rise of the Fourth Reich, and the world’s top-selling longest-enduring book on emerging viruses and communicable diseases, Emerging Viruses: AIDS & Ebola—Nature, Accident or Intentional?, was asked by Rep. Jim Jordan’s intelligence asset, Jeffrey Bohl, to send precise questions for Dr. Anthony Fauci to answer during a Congressional hearing on the lab virus origin of COVID-19. The November 14, 2021 outcome nearly vetted the most damning evidence in the cover-up, according to the informants. 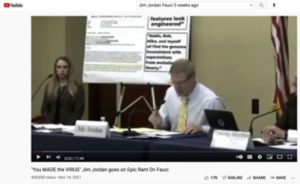 Dr. Horowitz’s “Five ‘Smoking Gun’ Questions for Dr. Fauci” appear in the e-mail below. They direct attention to Fauci e-mails “from January 31, 2020 to February 2, 2020,” when the Director of the NIH’s National Institute for Allergies and Infectious Diseases (NIAID) urgently organized a “Teleconference” for “damage control” over published science proving COVID-19’s lab virus creation. 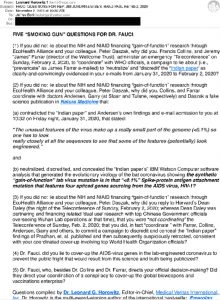 Among those implicated in concealing and falsifying records central to the White House’s investigation, and Dr. Fauci’s provocations, is Scripps Research Institute evolutionary biologist, Kristian Andersen, whose e-mail admission at 10:32 on Friday night, January 31, 2020, stated:

“The unusual features of the virus make up a really small part of the genome (<0.1%) so one has to look really closely at all the sequences to see that some of the features (potentially) look engineered.” 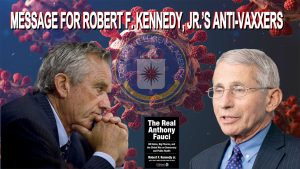 Critics argue government officials have censored these facts in favor of drug companies. Others defend the “public health” response to COVID avoiding mention of the AIDS genes to prevent panicking people too much with their bioterrorism.

“Regardless of how you look at it or defend the concealments,” Dr. Horowitz explained, “the outcomes are devastating, criminal, and genocidal.”

Rep. Jordan noted that in the wee hours of the morning on Saturday, February 1, 2020, Fauci sent an urgent “house-is-on-fire e-mail” to his top deputy, Hugh Auchencloss, to begin a damage control campaign against evidence the NIH had funded gain-of-function research in Wuhan. 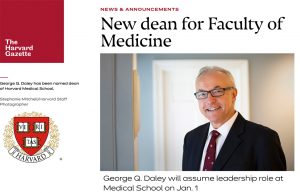 Harvard’s Dean Daley is also implicated through his oversight of the FBI-indicted Chinese espionage agent, Harvard Chemistry Department Chairman, Charles Lieber. The Dean wrote Fauci to “coordinate” the cover-up in favor of Chinese biotech investors he was hosting at that time.

“Think about it,” Dr. Horowitz encouraged. “If there was no good reason for these officials’ panic, then why censor, conceal, and disparage the convincing evidence.” The “whole truth” has been secreted by Dr. Fauci and his “inner circle,” Rep. Jordan and Dr. Horowitz evidence.

Twenty-five years ago, Horowitz, a heavily-censored scientist and Editor of Medical Veritas journal, predicted lab virus mutations by the “military industrial complex” would plague the world precisely like COVID’s mutants are doing and the media is concealing. He refutes the claim that the “Wuhan lab virus” emerged by accident, negligence, or anything other than by “criminal intent.” 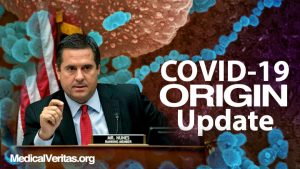 “This is the deadliest ‘cover-up’ in medical history,” Horowitz says. “A solution to this ‘organized crime’ is precluded by people too afraid to tell ‘the truth, the whole truth, and nothing but the truth.’ Bravery and honesty is the prescribed remedy, necessary to restore ‘normalcy’ across society by telling the ‘whole story.’ Not censoring it, or the AIDS virus components, for ‘political expediency or social acceptance.”

The doctor applauds Rep. Jordan’s efforts to bring truth to light. He says, “Incredulous and ignorant friends, family, politicians, and others complicit in this ‘conspiracy of silence’ are a danger to themselves and everyone else.”

“If you are too afraid to admit this ‘bioweapon’ and ‘bioterrorism’ rests in AIDS science and genetic experiments splicing HIV genes into the coronavirus/SARS mutant to make it more infectious and lethal, then regardless of your good or bad intent, you are enabling the death of millions, possibly billions, of people as this unstable virus continues to mutate.”

As this bioweapon mutates, and vaccine injuries and deaths increase, those complicit in the cover-up deserve capital punishment.