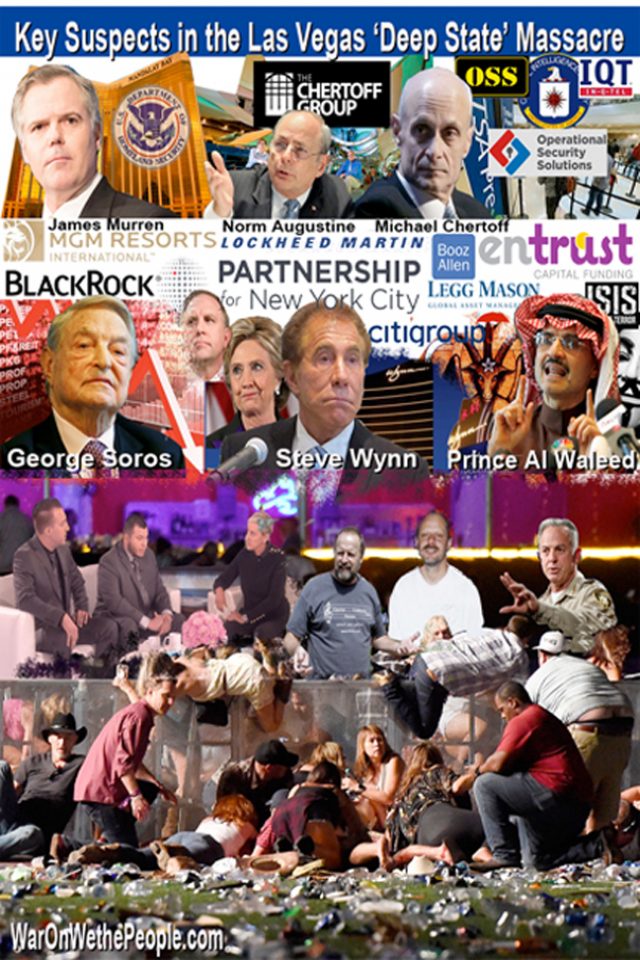 Health Science Communications for People Around the World

Las Vegas, NV (1-3-18) –A team of independent journalists have published an in-depth investigation into the “deadliest mass shooting in modern U.S. history.” Their book, The Las Vegas Deep State Massacre, exonerates the alleged gunman, Stephen Paddock, who was blamed for killing 59 and wounding 527 concertgoers from the 32nd floor of the Mandalay Bay across from the 91 Harvest Festival on Oct. 1, 2017. 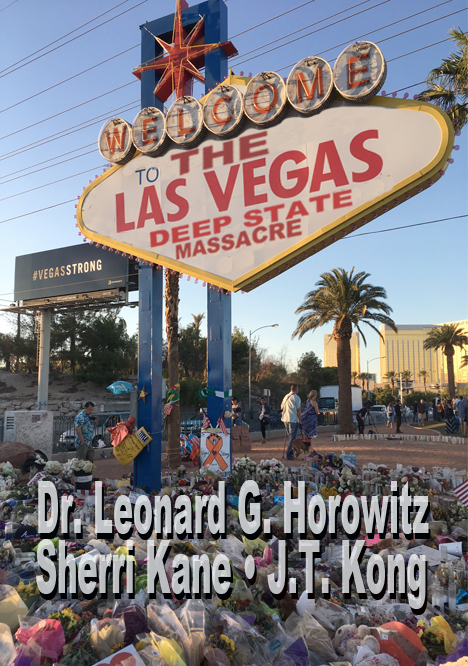 The award-winning doctor and filmmaker whose controversial works have been heavily suppressed by Google/YouTube, Wikipedia, and the corporate-controlled media was joined by Investigative Journalist Sherri Kane who defected from Fox News, and political science scholar J.T. Kong. The trio reported their findings for serious investigators and concerned citizens in the 164-page illustrated interactive e-book that enables readers to view videos and examine photographic evidence for themselves to confirm the authors’ conclusions. Due to the great social concern, The Las Vegas Deep State Massacre (Tetrahedron Publishing Group; $3.93 CureShoppe.com), was commissioned by the 501c educational non-profit, Medical Veritas International, Inc., and heavily discounted for widespread affordability and distribution.

Their 3-month study examined thousands of documents, photos, and videos, vetting evidence tampering and obstruction of justice by law enforcers and major news outlets harboring key suspects. Famous corporate officials with close ties to the CIA and the Department of Homeland Security are heavily implicated in the massacre. The web-friendly report links key defense industrialists and their companies that profited most from the bloodbath.

A pre-planned simultaneous DHS “drill” and multiple reports of shootings at hotels along the Vegas Strip at the time of the massacre implicates officials with conflicting interests in the intelligence community and defense industry. The massacre and complicit media profited security and arms dealers who acquired government positions, key personnel, and “insider information” reflected in large stock trades.

Revealing video evidence neglected by the press includes a group of snipers and at least one helicopter filmed firing down at the crime scene captured from two different angles by frightened citizens using cell phones.

The shocking e-book confirms early police reports of shooting victims far east of the concert venue. A nearby fuel tank supplied a “triangulating” position for snipers filmed at the rear of the concert field. Two separate ballistics analyses proved beyond any reasonable doubt at least one ground-level shooter. Evidence of two bullet holes in the fuel tank appeared to be suspiciously altered by police or FBI investigators, arguably to conceal the ground shooter and fake the Mandalay Bay trajectory.

The authors analyze the common political, commercial, and insider trading motives of the corporate suspects. “Deep State” involvement is proven beyond any reasonable doubt by reviewing twenty-four (24) confirmed facts and unreasonable media diversions. Six likely motives for the massacre are analyzed.

Examples of media “psyops” include the exclusive interview by Ellen DeGeneres of “Jesus Campos,” proven to be an imposter. Altered images of Paddock and his girlfriend are evidenced having been manufactured by a most trusted news source.

“We worked hard to produce this easy to ‘read-and-examine-the-evidence-for-yourself’ e-book viewable on iPhones and iPads,” Dr. Horowitz explained. “We rejected the most common ‘conspiracy theories’ published, and explain why the verified facts and reasonable analyses prove a conspiracy, but not the most popular conspiracy theories circulating.” 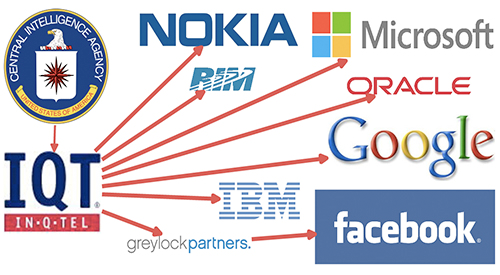 Kane shared the difficulty in discerning truth from fiction in lieu of the rampant deceptions. “The planners called for massive propaganda. Trolls and bots (multiple automated fake cyber-identities) posted disinformation all over the Internet and social media. Several false and misleading Google/YouTube videos were examined and dismissed, while several more were irresponsibly blocked, much like Dr. Horowitz’s videos have been for years.”

Ironically, this case was much like the MINDFREAK advertisement overlooking the killing field posted by MGM/Luxor to advertise their magic act. The entire operation relied on the most advanced military neuroscience and media psyops techniques used to divert public attention from the shooters and corporate suspects, and induce the public’s virtual hypnotic trance state for “evil obedience.”

“We pray our e-book will have a positive impact on everyone affected by, and interested in, the tragedy,” the doctor said. “We present this work in the hope that growing awareness of the forces of good and evil operating within us, our society, and our governments will be healing.”

The authors are petitioning President Trump to assign a Special Prosecutor to investigate, and requesting the public’s support for the same and distributing this information.

This is a most interesting account of the events and possible causes of the shootings that occurred in Las Vegas on October 1, 2017.

The authors’ attempt at putting together the pieces of evidence, witness statements, photographs, and media reports is done from an analytical viewpoint. The research is impressive and it would seem that the smallest of available details were not overlooked.

Although the authors are not police investigators and did not have any police investigative resources such as physical evidence collection and analysis available to them, the crime is assembled in a logical sequence of events based on verified or corroborative information and actual evidence observed or collected by them.

The scenario of this crime as presented by these talented authors disagrees with the description of the crime as presented by our mainstream media and some police representatives. It appears that the investigation has been taken over by the FBI who forecast their results sometime late next year (2018)

The authors did not cease their investigation at the crime scene, but followed logical leads as well or better than real police investigators would have but without political or social restraints that infect many actual police investigations.  It does not appear that the authors had  any motivations other than arriving at the truth. As a retired investigator I usually don’t use the word truth because it’s subjective but when there are as many conflicting indicators of what happened in Las Vegas, the word “truth” is as good as any.

A good seasoned investigator knows that all crimes have motive. and motive is usually derived from passion, money and power.  These authors apparently also believe in this theory.  They looked past the crime scene and asked the question, why?

Why would an accountant whose brother described him as a sort of pacifist who has never been interested in guns suddenly and without warning be described as an avid gun enthusiast but not a hunter. This is just one of the many inconsistencies described in this book that the  police and media would have us believe as justification for determining that one and only one suspect fired from one and only one location killing people from ranges up to 800 yards with a non-sniper weapon and who apparently had no military sniper experience.

The authors explored this situation and documented known evidence, statements, videos etc: to try to justify the only known suspect involvement in these murders.  They could not.

As the authors stepped outside of the known crime scene and discarded the media and police allegations of one suspect and one shooter, possible motives surfaced when there previously were none. Although the authors have connected the shooter to some possible corruptive entities that may have been involved, it’s not clear that the suspect actually committed the crime. And so far there is no evidence revealed to us that he did, other than his body being (presumably) found in a hotel room along with an excessive number of military style weapons, shell casings and a broken window. He allegedly committed suicide. Any motive he might have had is not known. (His computer hard drive has mysteriously disappeared.)

And to add insult to injury, a celebrity, who interviewed a crime scene hotel security guard just days after the crime, and who was allegedly shot by the suspect, was an imposter who could not provide any substantive information about the crime.  The actual real security guard fled to Mexico with a gunshot wound to his leg. He was later properly identified and located.  Why he fled is also an unknown.

The authors looked where I would have looked.  Who stood to benefit from this horrible act?  There is indications in this book that the act was orchestrated terrorism to drive political objectives. There is no indication the deceased suspect somehow benefited. Conversely there is much that indicates that Paddock was motivated by power or money, and much more indicates the deceased suspect did not commit the crime.

This book is very interesting and provides insights into profound criminal and political motivations and scenarios that are more likely than not responsible for this shooting.  Unless substantial verifiable evidence surfaces to validate the allegation that the deceased suspect actually committed the crime, this book may turn out to be the verifiable truth.

The Las Vegas Deep State Massacre is required reading for anyone suspicious of the official story implicating the “lone gunman” in the Vegas massacre. Impeccably researched with startling new connections and conclusions not likely to appear in the mainstream media.”

Alan Cantwell, MD — author of AIDS & The Doctors of Death.

Hawaii Ballistic Missile Threat: Was 38 Minutes of Terror a Simple “Mistake” or PSYOPS?